Wrapping Up The Buick Holiday Event 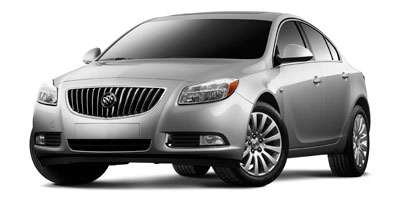 We're wrapping up the year end clearance events now and one of the big ones yet to have a bow put on? The Buick Holiday Event. Maybe it's a sign of a recovering economy, or maybe it's a sign of big deals, but interest for luxury new cars for sale has perked this season, and it seems to be giving people more and more reason to use the Buick dealership locator.

So what's driving people into showrooms such as the Buick dealers in Delaware? Big Buick incentives are here to help close out the year; most notably the continued theme of 0% financing on all 2011 Buick vehicles. But besides Buick 0 percent financing on the 2011 Enclave SUV, Lucerne, LaCrosse, and Regal there are also some big rebates to choose from.

It is pretty rare to see any sort of luxury discounted this much, but with the 2011 Buick Lucerne being discontinued after this year it has forced the window open a little wider on Buick incentives than normal. There are a few incentives on 2012 model year cars as well at Buick dealers in Delaware and elsewhere as well, including 3.9% financing on the all new Buick Verano.

Slightly more attractive offers exist for the 2012 LaCrosse and Regal models, both getting 1.9% financing or a choice of $1,500 for the LaCrosse and a $1,000 rebate offer on the Regal. Really the big deals for this Buick year end clearance are on the 2011 new cars for sale so stick with those. But this deal is winding down quick, so be sure to use the Buick dealer locator before New Years if you want to have much hope of cashing in on some affordable luxury.