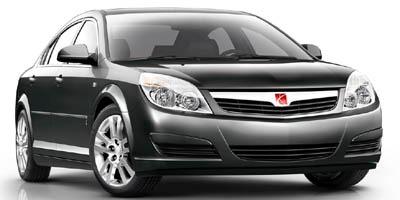 Ever thought the safest used car for your teenager to drive probably would be a tank? Unfortunately since tanks aren't an option, we tried something else. We went and looked at the Highway Lose Data Institute's information on personal injury to look for hints on which used cars did the best in an accident when it comes to personal injury.

Now there are plenty of used cars that do well in an accident. Even the worst offenders today are way safer then cars of the past. But not all used cars are realistic for a teenagers first or second pre-owned car. Cars like a 2007 Mercedes SLK ranked well for safety but just aren't a realistic choice. So we looked at used cars from 2005-2007 that you could get for even less then the cheapest new car at under $10,000. Here are some of the suggestions:

Remember those cartoons when a much smaller person turns a corner and blindly runs into a much larger person, only to be thrown back on their rear? While clearly an exaggeration the same sort of physics come into play when throw a larger car at a smaller car. Or vice versa. Some of the smallest, and thereby the cheapest cars on your shopping list just don't do as well in the real world when the odds aren't nearly as fair as on the testing grounds. Given the choice of a cheap small car, or cheap used trucks, wagons, or large sedan, go with the later and not the former.

Interestingly enough, if you are going to get a smaller vehicle, getting a used Volkswagen for sale was a pretty good choice per the HLDI then other models. Several Volkswagens were just out of our top ten, and while the Prius was the surprise pick for small four door cars its high MPG means it still fetches a higher price even used which makes it harder find and afford as a teenager. After that, it was no shocker that larger vehicles that weighed more and had more room to crumple resulted in fewer injuries. Massive SUVs like the Expedition or Escalade also did near the top but their high price tag put them beyond the budget of most new drivers.