Each Saturday we review our server logs to determine which incentives, rebates, and new financing deals are the hottest. Auto incentives this month are definitely all skewed towards financing deals with lots of 0% financing deals going on. Still there are strong rebates to consider, especially from Chevrolet, so lets go ahead and look at the top ten new car incentives and rebates searched: 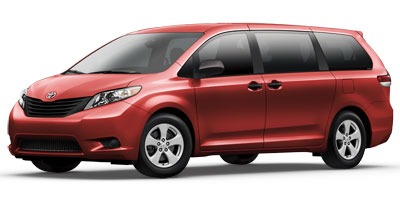 People want to know what are the best 2012 auto incentives available as they hunt for the best deal and it shows. Many automakers have zero percent or low percent financing deals being offered this month but very rarely across their entire lineup. Some hunting is required to find all the deals and that's ignoring all the cars with financing and rebate offers this month. Nissan has several such deals this month.

While slipping a bit from the excellent deals last month, Ford incentives are still among the best this month especially if you want big rebates or nearly across the board Ford 0% financing. Their best rebates are on their midsized car lineup, while the deals on Ford trucks are just so-so. Jeep 0% financing is in full swing this month with low financing on everything from the Jeep Patriot to the Jeep Wrangler Unlimited. Dodge 0 percent financing also follows and even has some pretty attractive rebates on models like the Dodge Avenger. Finally not to be left out, as we earlier mentioned there are plenty of a Ford 0% financing offers to be found although it's just to bad those deals don't extend to the affordable Fiesta and Focus. Work vehicles like the Ford F-150 and Econoline Wagon and Transit Connect have also been excluded.

Now if you are interested in luxury models or just not as concerned with 0% financing on new cars deals, there is still plenty to get people talking. On the luxury front, lots of interest continues for BMW incentives though besides the 1.9% financing on the X5 there isn't that much to look at this month, still its better then the Lexus financing deals 2012 has to offer so far. This month only the Lexus CT 200h has any national financing deals and that's at a 3.8% rate. Guess that's why its luxury. On the rebate front this month, Chevy rebates might not have much to offer but what they do is pretty big. Both the Impala and Malibu have $3000 or more in cash back rebates this month, a sizeable amount especially if you put it towards a down payment.

That's it for the incentive deals this month, check back next week as we break down the top used car trends of the month.