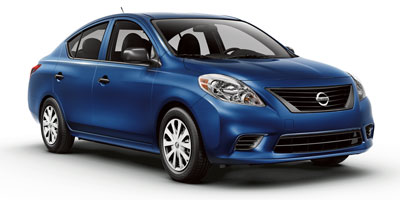 So you're looking at new cars under $10,000 but you're having reservations about the safety. After all, shopping on a budget doesn't exactly instill great confidence in something's quality. So before you prematurely give up your car search on your next budget ride, let's review the Nissan Versa and Hyundai Accent.

In years past, your concerns over buying the cheapest new cars would carry a lot of merit. After all when something is cheap, generally that means something is taken out, even if that something is your safety. Yet due to new laws and advances in production safety the baby is not so easily thrown out with the bathwater in today's automobiles. Let's compare one of the few choices for new cars under 10,000, the Nissan Versa, with a slightly upscale Hyundai Accent which starts at about $2000 more.

The above are the 2012 results of the Insurance Institute for Highway Safety which you can read more on at IIHS.org. In years past the cheapest new cars would likely be getting poor to marginal crash test ratings, with maybe an acceptable or two. Instead you see these new cars for sale just a few points off of being top safety picks. How come? A big reason for that is proliferation of technology such as electronic stability control and air bags as well as advances in vehicle body engineering.

Both new cars for sale have six airbags for example, including side curtain airbags. Four wheel anti-lock breaks are included in both the Accent and the Versa as well. And while it can be said that you would still be safer in a larger vehicle in an accident such as an SUV, the same can be said for many mid-priced mid-sized model cars for which these cars compare to.

Not bad for a car that isn't just economical on the price but on fuel as well. With the Accent in the range of other cars that get 40 mpg, and the Versa just below that at 38 highway they add affordable options to your next car search. There are still reasons to upgrade to a more mid-priced model if you have the extra income, such as more powerful engines or more space for hauling. But as for safety and fuel economy the gap between the economy and the mid-sized budget cars that get 40 mpg, is not so great anymore.