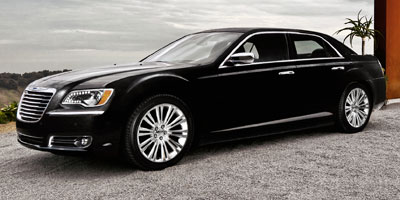 If you been driving around near Houston area Chrysler dealerships you may have already noticed the big signs. The ones announcing the arrival of the Chrysler Big Finish event, and when they say big they mean big. Big rebates on several new cars for sale, financing offers on all sorts of models and years, all spread overall the Chrysler brands.

So how big are these latest Chrysler incentives for this year end event? So big that we won't even attempt to cover them here all in one spot. Separate coverage will be given for the Dodge and Jeep year end events so don't fret. More 2012 cars with 0 financing will be covered tomorrow. For now let's talk Chrysler.

Now the Chrysler nameplate isn't exact largest of badges, limited to three basic new cars for sale. You have the Chrysler 200, the Chrysler 300, and of course the stalwart Chrysler Town & Country minivan. You have some variety added with the Chrysler 200 Convertible thrown in as well but where the automaker is small in lineup they are big in savings. Not only can you find 0% financing on all these 2011 models, but the 2012 cars have 0 financing available as well!

That in itself is pretty big, as while most manufactures are offering 0% financing on their old models as they look to clear out inventory, but are only offering 0.9% or 1.9% financing on their new incoming inventory. And most aren't offering the deals on new cars under 20k like Chrysler is with the 200. You can get up to $4,000 in cash rebates on the 2011 Chrysler 200 or $2,500 in rebates on the 2012 edition.

You can even get that $4,000 in rebates on the Chrysler 200 Convertible, a pretty nice offer if you live somewhere warm like near the Houston area Chrysler dealerships, though maybe a little out of season if you live up north. And $2,500 off on 2012 new cars under 20k? That's something you don't see often, and won't see for long. These Chrysler incentives expire just after the end of the year so time is limited, hurry in before their gone.