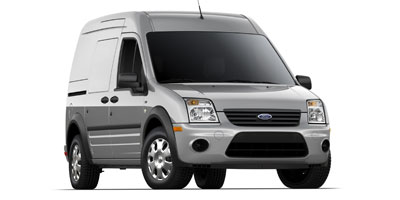 Vans are known for their efficiency and versatility. Need a table hauled? Swing the rear doors open and load up. Do you need to carry more than half a dozen people? You're in the market for a van. Vans trade their looks and style for that utility and efficiency and yet compared to today's 30 mpg cars, vans fall way short in efficient miles to the gallon.

So Ford is taking a stab at changing what has historically been horrible utility van and mini van mpg by inserting its new EcoBoost V-6 engine in the Ford Transit in 2013. The Transit will be sold for the first time in the United States in 2013 to replace the Ford E series vans and will now come with the option to include the smaller and lighter but no less powerful EcoBoost engine that has gained much attention on car search engines for the fuel economy it brings to the Ford F-series pickups.

Currently the new Transit van is expected to get a 25% boost in MPG when equipped with the EcoBoost compared to the Econoline, those current big old Ford vans for sale. Given that info, we can guess that the 13 city/16 highway mpg found on the Econoline will get a bump to 16 mpg city and 20 mpg highway for the upcoming Transit that's due in Ford dealership locations next year.

This may not sound like a massive jump, especially when compared to 30 mpg cars, but for these hard driven utility vans gaining 3 or 4 MPG can be huge. Consider the EcoBoost generally cost about an extra $1000 to upgrade to based on prior versions. Putting 15,000 miles in a year on a work van like this is pretty easy to do, and if gas hits $5 over the summer you could pay back that $1000 in fuel savings in a year. Wish it was at Ford dealership locations already yet?

And for comparisons sake, the current Chevrolet Express Passenger van gets very similar MPG to the Econoline which is being replaced with 13 city and 17 highway which means the better mileage will save you money in less than two years despite the additional cost. Expect car search engines to be filled with big old ford vans for sale as people move to these newer, more fuel efficient versions. For many, the Transit cannot arrive soon enough.