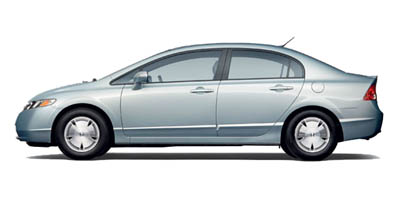 After looking back at the best gas mileage cars of 2008 last week, we thought the best mileage cars of 2007 could very well be a repeat of the same thing. In a way we weren't disappointed but not in the way we thought. Instead 2007 was the year of Toyota with many of the leading 40 and 30 mpg cars ended up being from the Japanese automaker. But let's get onto the list:


As many people are commonly aware, the Toyota Prius remains one of the best cars for fuel economy easily topping out other 40 mpg cars at 60 MPG city and 51 MPG highway. But what is different this month is to see so many other Toyota titles making the top ten all at once complete with four of the top five best fuel efficient cars all being Toyota's and the Matrix snagging that last spot. The Matrix actually tied its sister car the Pontiac Vibe but won out based on price.

However Honda is not to be forgotten, which tended to lead the 30 MPG cars near the bottom of the rankings though it did take second on our list with the Honda Civic hybrid. If not for the MINI Cooper and Kia Rio slipping in, this would have been a clean sweep between the two Japanese automakers. The message is clear, for cheap cars for sale with good gas mileage in 2007, buy a Toyota or Honda.


Not much changed in 2007 when it came to cheap used trucks this year but there was some shake ups. The Ford Ranger, Mazda B-Series, and Toyota Tacoma of course still sit all in the same places but without the Chevy and GMC full size hybrids. Instead the Nissan Frontier and Isuzu i-290 join the ranks of cheap used trucks with good gas mileage. As for full size trucks the Silverado 1500 still rides the highest for fuel economy but only by the slimmest of margins.


You might not expect to see many 30 mpg cars way back in '07 but 30 mpg SUVs? And a luxury model at that. Yes the Lexus RX 400h hybrid was full of surprises and helped give Toyota three of the top five SUVs for fuel economy. Once again the Honda CR-V sneaks in as does the Jeep Patriot. Will we see more reshuffling in 2006? Check back next week to find out.