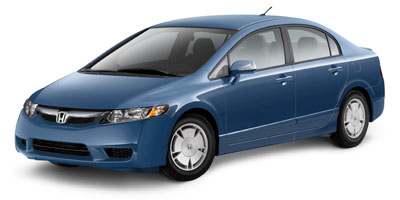 Rising gas prices are impacting more and more people when it comes time to buy used cars, trucks, and SUVs. While people were once content to just take the best cheap used cars they could find, operating cost of older vehicles has caused many buyers to thinking twice before they close the deal. Want to know which used cars to keep an eye out for? We review the best gas mileage cars 2010 has to offer.


Once again, we start another year with the Toyota Prius dominating our list. And while our list may once again be dominated by hybrids like the Prius and Civic hybrid, there are still plenty of 30 MPG cars that are not hybrids. The best gas mileage cars 2010 (non hybrid) would be the Toyota Yaris, Smart fortwo, MINI Cooper, Hyundai Accent, and Kia Rio.

Something to keep in mind as you shop the non-hybrids though, the Yaris, Smart car, and Accent were all very reasonably priced cars when they were new. In fact the Hyundai Accent was one of the few remaining new cars under 10000 until just last year. Because these cars also get over 30 MPG highway you might not find a great used deal on them. It might instead be worth your time to consider the current new cars under 10000 and walk away with a warranty.


When it comes time to buy used trucks, gas mileage quickly becomes a topic. Old trucks for sale come from a time when gas was cheaper, and so many get questionable fuel economy at best. Most of the best MPG trucks are compacts, such as the Ford Ranger and Toyota Tacoma. The Sierra and Silverado have hybrid options if you can find one but expect to pay an arm and a leg for one, their starting MSRP was twice the standard model. For best full size gas mileage trucks, look at the standard Silverado and Sierra.


The Lexus RX450h tops our list but given it's a luxury model, and a hybrid to boot; it isn't likely to top your list when looking for a cheap SUV with good mileage. The Chevrolet HHR comes in very well, but it has more in common body wise with many cheap used cars then cheap SUVs. The Chevrolet Equinox and GMC terrain are the real winners this year, as is the Hyundai Tucson.

That's it for this weeks edition, next week we cover 2009 models. Did the vehicle you're considering not make our list? Look up its mileage buy clicking the banner below.