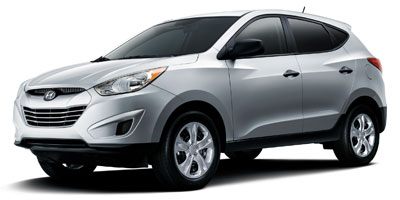 Now a day's 30 mpg cars are a standard, but what about 30 mpg SUVs? While smaller and lighter cars have consistently outperformed SUVs for fuel economy, people still desire that extra room and towing that only an SUV can provide. So do any new 2012 SUVs match up with what has been a historically small car benchmark? Surprisingly yes.

They get the fuel economy of a full size sedan while offering the ride height of an SUV. They may not be a Prius but in an age of growing gas price fears you'll be glad you own one. If fuel economy is a concern but you're still shopping for a sport utility vehicle than put these 30 mpg SUVs at the top of the list on your next car search.


There are several surprises in this fuel efficient list of new cars for sale but lets start with one of the bigger surprises and that is the cost. Nearly all these models with the exception of the Ford Edge have a starting cost at or under $25,000, with many of these new 2012 SUVs costing almost under $20,000. While none of these are full size SUV's many also belong to the midsize crossover segment, giving you amble room and storage. Affordability, size, and price are all pretty attractive hallmarks, so it's no wonder these are all popular car search options.

For overall fuel economy the best of the new 2012 SUVs is an old favorite, the Ford Escape hybrid. Though it's set to be replaced next year by the Ford Ecoboost engine which is currently powering the Ford Edge to its spot on the list, its 34 City and 31 Hwy is the highest on our list. For the most affordable of these new cars for sale take a look at a Kia Sportage, starting at $18,500, which is more than a match for any 30 mpg cars.