The wraps came off the 2013 Acadia at the 2012 Chicago Auto Show and LotPro.com was front and center to see it first hand. The GMC crossover has gotten an updated new look as well as several new features that promises to make the new GMC Acadia an early candidate for best 2013 SUV.

As the curtain came off the most striking change to the new 2013 Acadia is the front end, which ditched its more rounded softer look for a flat, more truck like front end. An interesting change given that other new vehicles for sale in 2013 such as the new Ford Escape have gone to a softer look, the Acadia has gone back to its SUV roots with its three bar grill and tall flat hood. Compare the 2012 Acadia to the 2013 Acadia below. 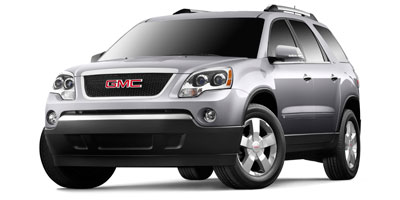 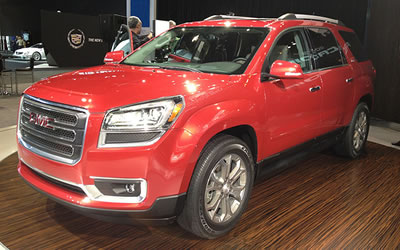 From the wipers on back the rest of the Acida hasn't changed much until you get to the D-pillar, which blacks out to continue the wrap around feel of glass to the rear end. The rear exhaust has also seen some extra work, and been more incorporated into the overall body. You can see other pictures of 2013 Acadia in Steve's blog. 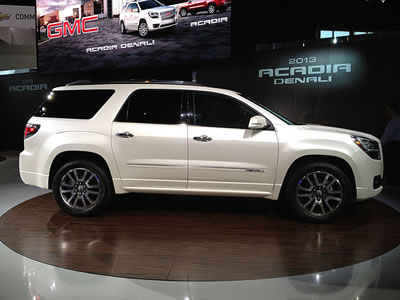 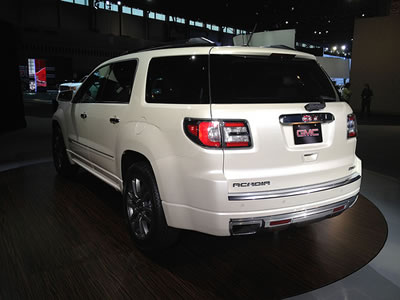 There is a ton of demand on car search engines for what is the safest SUV crossover. Automakers know this and are always looking for ways to one up each other and the new Acadia unveils GM's newest among new vehicles for sale. A side curtain airbag that doesn't deploy along the door to keep you from bouncing off the door, but a divider curtain airbag that deploys between the driver and passenger front seats.

The new Acadia will also feature standard rear backup camera and blindside alert system. With the extra focus on safety, soft interior materials, and more appealing front end, GM hopes the new Acadia will be considered by shoppers to be among the best 2013 SUV.

If there is one hole in the large SUV crossover, it might be the mileage. While a SUV over 20 mpg and topping out at 24 mpg highway is comparable for its class, it's a disappointing number compared to other smaller cars which are getting twice 20 mpg or small and midsized SUVs getting mpg in the 30's. If GM can find a way to raise the MPG on top of everything else it might just top car search engines as the best SUV.