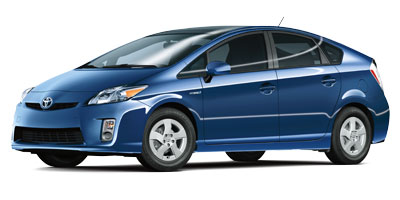 With the 2013 hybrids starting to turn up, now is as good a time as any to talk about the best hybrid cars of 2012. With summer gas price creep in effect and those mid-summer sales around the corner that usually include some of the best new cars for sale on the market today it might be time to do your homework early. Or if you find yourself getting pinched at the pump already, pulling the trigger sooner while dealer inventory is still loaded isn't a bad idea either.


In case it wasn't already apparent, Toyota owns the hybrid world. While most of their models are all variants of the Prius family their diversity cannot be overlooked when one is in the market for a hybrid. Gas Mileage for Toyota hybrids is also all near the top as well as offering multiple cars over 40 MPG they offer the second cheapest hybrid available in the Prius c as well as one of the largest for its mileage with the Prius V.

Of course if you need a larger size there are other models for a bit more money that get similar gas mileage. While the American version of the Prius V still only seats five unlike its European counterpart which can seat seven, all that extra interior space is still available making it one of the best new cars for sale if you need to take a long road trip. Even better news it still gets over 40 MPG in both city and highway driving. As you can see there are plenty of reasons to find your local Toyota dealer with the Toyota dealer locator tool.

While Toyota has the top end of the Hybrid market on lock-down, competition is still strong in the mid-sized segment with Kia, Ford, and Honda all offering strong competition to Toyota. And more competition is expected to come when more 2013 Hybrids get released as more automakers look to cash in on rising fuel prices and higher mileage standards. And expect more competition to come from alternative fuel vehicles as ranges increase and purchase prices drop. But for now? The crown still firmly rest upon Toyota's head.