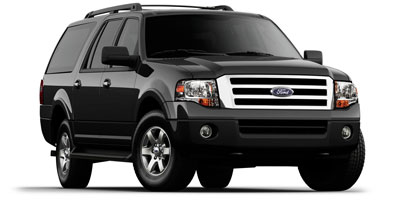 Getting 0 percent financing on new SUV models is a great idea. Unlike pickup trucks which often have large competing rebates to sway buyers, SUV rebates aren't always as attractive. Sometimes you might find a big one but the dollar amount is equal at best, lower at worse. Happily however SUV financing often matches the 0 percent financing on cars which makes for a great deal.

While the Chrysler nameplate lacks any SUV's to stick low financing offers on, there's plenty of Dodge and Jeep 0 percent financing offers being thrown on their SUVs. A good thing to, because besides the Liberty, there isn't a whole lot of big cash rebates being offered this month to tempt you, and absolutely no national rebates being offered on the Wrangler. Still, Jeep and Dodge 0% financing is the biggest selection of sport utility vehicles with offers of anyone this month.

While General Motors has a choice of three SUV's with 0 financing deals, given that the Acadia, Enclave, and Traverse are all re-badged cousins of each other there isn't much selection to choose from in reality. Chrysler and Ford 0 percent financing have much bigger selection if one of these vehicles is not to your taste this month.

Most of the time automakers like to force you to make choices. They'll throw two great offers at you, and tell you to pick. Low financing or big rebate, it's a great way to make the deal sound bigger then it is. So it's somewhat rare to see a deal like on the 2012 Ford Escape where you can get Ford 0 percent financing and a nice little cash rebate as well. No such offers on the Lincoln 0 percent financing, but given the smaller choice of rebate the financing will likely be more tempting for most people.