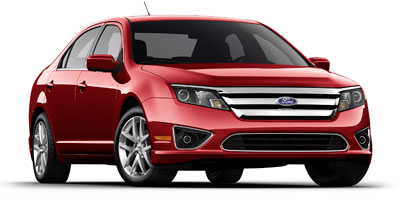 Best Incentives on New Cars Under 15000


Normally we have all sorts of deals on cars under 10000 or cars for less then 12000 but nothing to special this month. Kia has some 0.9% finance deals on the Kia Rio and Kia Soul at the low end of the pole but most of the zero percent financing deals are on Chrysler's, Nissan's, Mazda's and Mitsubishi's. Note ably the sporty Lancer is an attractive choice since it has the longest 0% financing of all new cars under $15000 at 48 months.

The best new car incentives this month are at Nissan where you can find plenty of zero percent financing deals and $500 cash back when you finance through NMAC (Nissan's financing service arm). While it would normally be great to see 0% financing on cars under 10000 like the Versa, unfortunately only the more expensive hatchback model gets the discount this month. Still not a bad deal just not the run away you might expect if it was the sedan.

Best Incentives for Cars Under 18000


Stepping up a price bracket to new cars under 18000, one of the better deals is again a Nissan. The Nissan Sentra which starts at $16250 also has the same deal going on this month as the Versa but without the tricky wording in fine print with all variants of the Sentra qualifying. Or you can apply that 0% financing with cash back to the Nissan Frontier pickup if that is more your thing. For the longest term 0% financing deal on new cars under 18000 look at the Mazda2 which has a zero percent APR for 60 months.

Incentives on Vehicles Under 20k


Nissan isn't the only automaker playing the cash back with zero percent financing game. The Hyundai Sonata adds another new car under $20000 offering bonus cash on top of low financing, and gets even better gas mileage then the Nissan Altima. The Ford Fusion doesn't quite have the MPG as the Sonata but it does have the cash and financing deal going down to this month. New cars under 20k aren't the only low financing deals but vans to. Check out the zero percent financing on the Dodge Grand Caravan if you need more room then a midsized sedan provides. But all these deals end at the end of April so times a wasting to get in on these specials.