Each Saturday we review our server logs to determine people's most popular car search terms. This week was largely dominated by low percentage financing incentives with a few big rebates on large trucks and SUVs. The top ten new car incentives and rebates searched were: 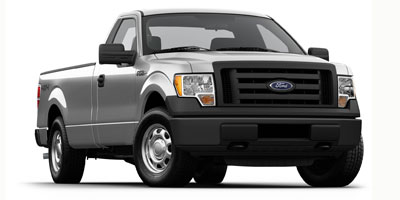 Driving Ford to the top of the pile again this month are all the Ford 0% Financing deals being offered on so many new 2012 Ford models. Between the choices of low financing and some big rebates, especially on SUVs, interest in Ford incentives is really high.

For many people, everything is still on the table. Whatever or whomever is the best deal is of the most interest. So it's no surprise that new automobile incentives are so popular this month as people try and sort out who has the best deals still going on.

There are quite a few Toyota rebates hanging around this month, but most of them all happen to be largely based around the 2011 model year. However there are some nice rebates out there to be had, such as rebates on the 2011 Toyota Prius or Toyota Corolla. 2011 Lexus incentives deals are popular as well, as people search for deals on the more upscale Toyota brand. No matter if you are looking for car incentives rebates or lease deals there are still plenty of deals floating around on the older models.

There were other popular imports this month as well, especially at the luxury end of the spectrum as BMW deals and incentives joined Lexus this week in our top ten. Hyundai incentives were also quite popular though the deals were largely limited to various low financing offers and a few small rebates.

Winter won't be around forever, and the new construction season will begin again, so is it much surprise that new truck incentives 2011 are still holding a strong spot. Reduced rates on the outgoing models has kept interest higher then the new 2012 models. Especially for truck heavy brands like Chevrolet offering big Chevy rebates on Colorado and Silverado models. There are even some Dodge incentives to be found in the Ram truck lineup as rebates for $2000 or 0% financing are on all ram models.