Each Saturday we review our server logs to determine people's most popular car search terms. New vehicle incentives this month are as usual all over the place with low financing and zero percent financing leading the way. However there are some nice big fat rebates to take advantage of for those who are in the market for that type of thing or don't qualify for low percent financing. Here is this months short list: 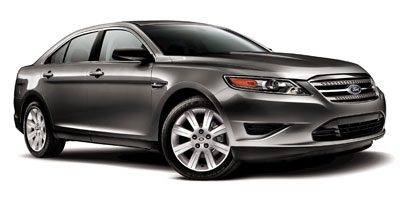 Move over Toyota, Ford incentives were dominating this week and absolutely blew Toyota out of the water. Toyota actually slipped from number one last month to number eight this month, that is one heck of a fall! While Ford had 0% financing offers as well this month, it looks to be all the big rebates that are drawing buyers out.

BMW Deals and Incentives - Runner Up

Nobody likes to miss a good sale, unfortunately there isn't much of a sale to be interested as far as BMW deals and incentives are concerned this month. Plenty of financing offers but few if any that we would call low finance opportunities. Is it a case of warm weather hopefuls? Or is the economy starting to unpack itself enough for people to feel a bit more at home again.

Another month car incentives 2012 is nearly in the books and there is quite a shake up this month compared to last month. Chevy and Hyundai did rather well last month but not so well this time around. Meanwhile Ford not only topped the #1 spot but also the #3 with Ford 0% percent financing which while not quite as attractive as the rebates, still had its bright moments. Not surprising Toyota 0% percent financing 2012 got a word in edgewise after Ford bumped Toyota incentives all the way from last months first to this months number eight spot. You can certainly tell who is leading peoples interest this month in the incentives war that is for sure.

You might not be able to tell just from looking at a straight one through ten listing, but this month the top terms were VERY top heavy. Honda may have made out ok by the looks of things with Honda incentives as well as Honda 0% financing both doing well in the rankings they were way behind Toyota and Ford in terms of overall searches. Not that surprising when you look at the lack of national rebate game and not quite 0% financing with their 0.9% financing offer. As already mentioned Hyundai incentives was way down from last month as well though Dodge 0% financing was actually up from last month as Chrysler rolls out its 2012 Showcase Event. The even continues into April so we may see more Chrysler terms next month as people get out and smell the deals. Well that's it for this week, check back with us as we break down the top listings with a special edition!