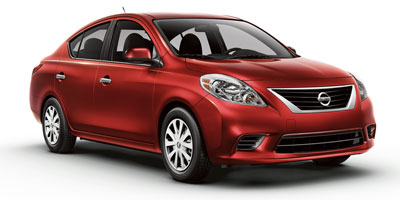 Of all the questions we get asked, what cars under 10000 are available is probably asked the most. This makes a lot of sense, because while there are plenty of new cars under $15,000 this economy has not afforded many to throw extra money while like they used to. Family budgets are stretched tight so it's no surprise that budget cars are the name of the game.

There is some good and bad news to get into while discussing some recent trends in many of the new cars under $10000. The good news is there is a lot more quality competition in this segment than there has been in years past. Cheap new cars today are coming out with more and more standard features that were usually left bare on prior stock models. Car remotes, power options, and upgraded trim packages are all seeing their way into newer models.

However there is a bit of a downside and that is that many of these cheap new cars are also being subjected to price creep. While a 2011 Nissan Versa would cost you $9,990 the 2012 edition will run you $10,990. This may not seem like a big step for much demanded improvements but it is not the only budget car that car search engines are seeing an increase in.

One of the most notable price creeps among new cars for sale has been the upgrades to the Hyundai Accent. What used to start off as a little 3-door hatch for $9,985 now starts off as a four door sedan and a price point of $12,445. A big step up for a family looking to spend the minimum for a new car, but also still a big step up in terms of what you get for that dollar especially in the design category. However the price hike up also leaves it more vulnerable to be compared more towards other new cars under $15,000 rather then a strictly budget option.

The 2011 Chevy Aveo has an even more severe case of creep. Production on the model stopped in 2011 with the next lowest Chevy model, the Sonic, starts at $13,865. A replacement to watch for is coming in 2013, named the Spark, which promises to be more affordable then the Sonic, but is unlikely to be a match for the price point of the new cars for sale of 2011. If you are looking still to spend the least possible on a new car, check your car search engines for a 2011 Versa, Accent, or Aveo. Otherwise you're only 2012 car near the 10k breakpoint is the 2012 Versa.