With so many last minute year end clearance events going on now, and in the middle of wrapping up the holidays, many people are in a bit of a rush to find information on many of the safest new cars for sale today while trying to take advantage of the best new car incentives from year end specials. Which are the best cars under 20000? Which of these cars are the safest cars to buy 2011 edition will try and break down these answers, starting with the most affordable cars for safety. 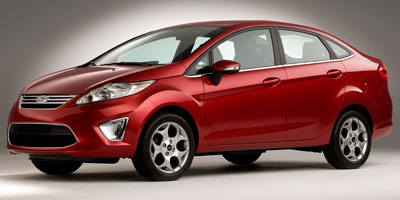 Starting off, which are the cheapest cars the Insurance Institute for Highway Safety (or IIHS for short) gives its coveted Top Safety pick? For cars made in 2011 there were several choices among new cars under $15,000 but the cheapest safe car was the 2011 Ford Fiesta followed closely by the 2011 Kia Soul.
With only a $100 cheaper starting MSRP then the Kia Soul, the Ford Fiesta beat out the hamster car for the title of cheapest IIHS Top Safety pick. With a starting MSRP of $13,200 it's among the best combinations of safe and affordable of all other new cars for sale. Of course you at the difference of only $100, you wouldn't be looked down upon for choosing the Soul, especially if you are in the market for a wagon.
Why was the cut-off right around $13,000? While there are a handful of new sedans under 12000, none were labeled Top Safety picks. This seems largely due to their compact nature drastically limiting their rear crumple zone. For example the Smart fortwo is an excellent example of a new sedan under $12000 that while scoring well in front, side and roof testing, just has no available rear end to absorb the shock. So if safety is higher on your list than cost stick with the Soul or Fiesta.

Willing to spend maybe a bit more but still don't want to relax your safety standards? Or maybe you just want to take advantage of the best new car incentives of the year end clearances on new cars under 15,000. Never fear, besides the Soul and Fiesta there are many other IIHS winners for less than $15k. They are the Honda Civic, Kia Forte, Mitsubishi Lancer, Nissan cube, Toyota Corolla, and the Volkswagen Jetta, all with dealer invoice prices below $15,000.
The full list of Small and Mini car top safety picks is listed below, with the cheapest two highlighted in green and the top picks costing less than $15k listed in orange. Tomorrow the best cars under 20000 for safety will be reviewed along with other top safety luxury cars. Don't miss it.