There are quite a few reasons to attend this year's 2012 Chicago Auto Show even if you did manage to make the Detroit show this year, and even more if you didn't. But the among the top is to check out all the new Concept Cars that will be on display and boy are there some beauties this year. Hopefully we see some of these cars for sale in the future, and not just limited to designer's art books and floor models.

When you think of the Kia Track'ster Concept car think a brutish Kia Soul in coupe form. This two door concept takes a wider, more powerful stance and is loaded with ways to entice young buyers to find their nearest dealership with the Kia Dealership locator tool. This powered up Kia concept features a 250 HP engine and AWD that would blow the doors off its hamster themed cousin. Too bad it's just a concept. 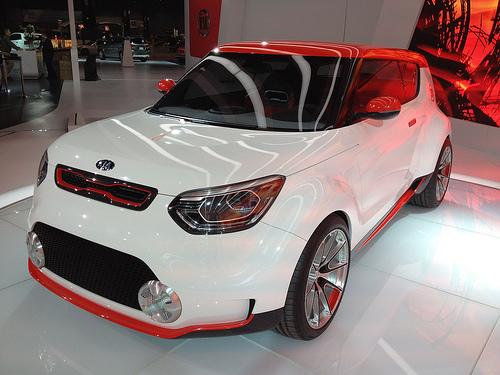 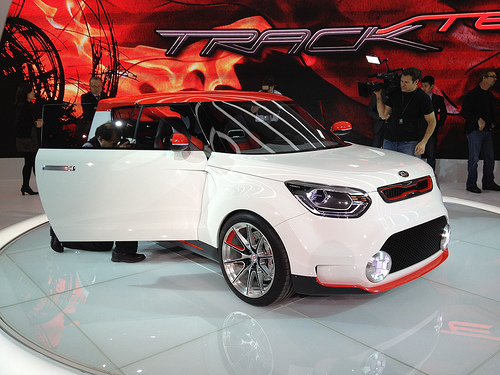 Unveiled back in August, the Cadillac Ciel concept car takes to the road at the Chicago Auto Show to give show goers a closer look to what new directions Cadillac could end up moving in. Given the reaction to its drop topped, suicide swinging doors, and low slung profile local Cadillac dealers must be feeling pretty good right about now. Though the rear-hinged doors are likely more rooted in designers fancy then production reality, the overall look of the car is only slightly diminished with the doors closed. 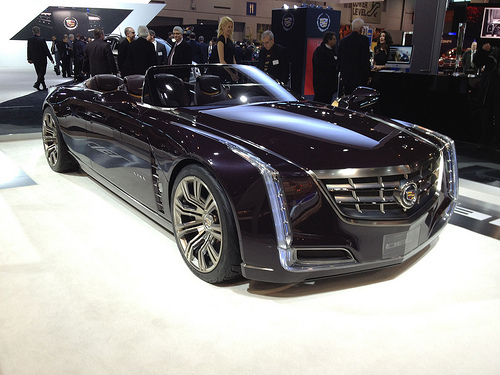 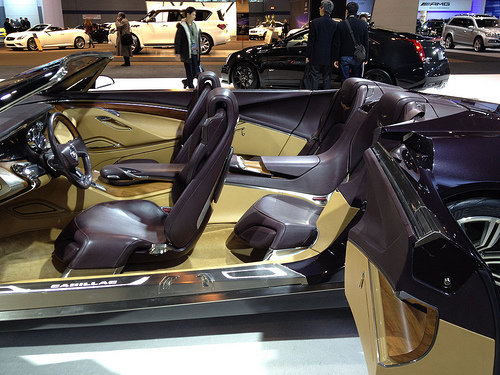 Check back on Sunday for looks at the Lexus LFA Super car concepts and the Volvo You concept car, as well as more auto show news in our Blog next week as well as Steve returns from his trip to Chicago after covering the opening of the auto show live.