The 2012 Chicago Auto Show got to play host to the 75th anniversary of Mopar, Chrysler's performance Motor Parts Division. As a treat, Chrysler rolled out four custom cars all decked in Mopar swag for everyone to enjoy. Today we have a look at two of them, the Dodge Dart GTS 210 Tribute and the Mopar Jeep Compass True North concepts. Neither is expected to become new cars for sale available right off dealer car lots, but you can put together your own with Mopar parts.

A tip of the cap to the Dodge Dart GTS built in the '60s, the Mopar Dodge Dart GTS 210 Tribute is a loaded showcase of Mopar parts for the new upcoming 2013 Dart. Although not available for order from a dealership, buyers can still purchase a new Dart which prices between new cars under 15000 and new cars under 20 000 with a starting base cost of $15,995.

Just expect to spend a few thousand on top of that to match this custom configuration, as the Dart GTS 210 Tribute is loaded with a black carbon fiber hood, various black accents, cold-air intake with custom exhaust, beefier brakes, oh and 18" wheels. You might have to wait a bit however, as the 2013 Dart isn't expected at dealer car lots until later this year priced competitively against other cars under 15000. 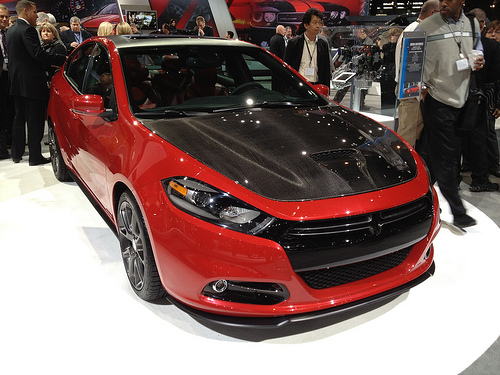 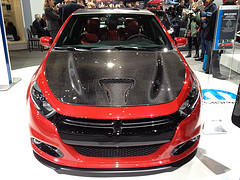 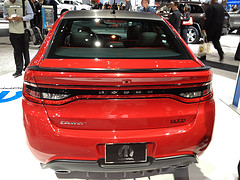 While you won't find the Mopar Jeep Compass True North among any new cars for sale, with the right parts you can still take the Compass's concept of baby Grand Cherokee and kicks it up to a Grand Cherokee Jr with Mopar parts. Just add the 2" lift kit to make way for bigger 16 inch wheels, and add well as a liberal amount of matte black accents to add to the bigger sporty look.

And because Jeeps rarely have fun in a horizontal position, Mopar added pitch and roll gauges for this True North concept so you could keep track of just how much 'fun' you were having. Since the standard Compass just falls within our new cars under 20 000 category, expect to spend a few thousands on top of that to give it the full custom treatment. 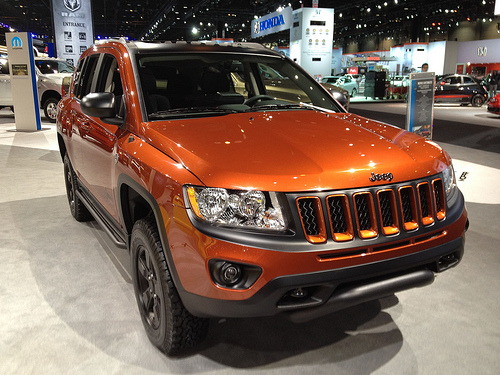 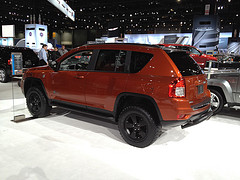 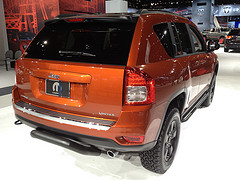