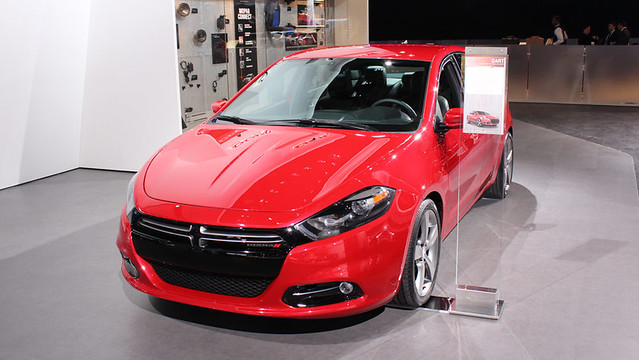 If you're a follower of resident Lotpro.com blogger and auto show media sleuth Steve Cypher, found on Twitter @sdcypher or his daily car blog, you're undoubtedly aware that we have been up and down Cobo Hall this past week taking over 1,000 pictures, tweeting live from all the events, and shooting more video of new car exhibit interiors and exteriors then you would think possible. However if this is the first you heard of this, then a review is likely in order.

The Detroit International Auto show 2012 is now officially open to the public and there is a lot to talk about. So much so that Steve will likely not be talking much as for quite sometime. That is at least until the next auto show comes along to distract him. The best place to really get a feel for what is being offered this year is to drive right into the 2012 Detroit Auto Show pictures of which there are a ton. The latest Ford, Chrysler, Toyota, and Hyundai new car models and future concept cars, trucks and SUVs are photographed in all their showroom glory.

And if you're a fan of rare exotic super cars, or just of Lamborghini, Ferrari, and McLaren, then check out the MGM Grand Gallery Exotic Car pictures. The closed event, shown to special guest and certified media members only contains a buffet of high priced sports cars and cutting edge luxury models including the Lamborghini Aventador, Ferrari FF, McLaren MP4-12C, Jaguar XKR-S, Lexus LF-A, and the made in Michigan Falcon F7 as well as many others.

If news of what's new with the Detroit Big Three is more your taste, Steve's already got blog post up for you to consume. Starting with an overview of the 2012 Detroit Auto Show Ford unveiling event, we have pictures of the show itself and the brand new 2013 Ford Fusion hybrid. Of course if you just want to see the latest 2012 Detroit Auto Show Ford Cars you can check out our flickr gallery for all the Mustang, Police Car concepts, and new Ford models you can handle.

Steve's also reviewed the 2012 Detroit Auto Show Chrysler exhibit, bringing the latest news on the wildly popular all new Dodge Dart, as well as the latest from Fiat and Chrysler model lineups. Can you believe Gucci interior in the Fiat 500? Check it and the rest of the Chrysler cars in the galleries below.


We'll review more of our reporting from the 2012 Detroit Auto Show later. But to get the latest scopes as they come, be sure to follow Steve Cypher via twitter or his blog.