Nissan Incentives - The Most Wonderful Sale of the Year 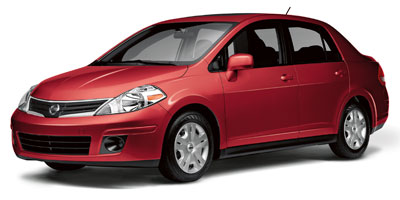 Year end events are winding down, but there still is one that is a must see if you are in the market for new cars under $10000, and that is the Nissan the Most Wonderful Sale of the Year event. Low incentives and big rebates await shoppers at local Nissan dealership locations until just after New Years.
So what sort of Nissan incentives can you get at this Most Wonderful Sale of the Year? Like most year end events being offered right now there is the 0% financing on most models, but not all as the 370Z, cube, GT-R, JUKE, or LEAF. Otherwise all other 201 Nissan cars for sale have 0% financing available with many 2012 models having 0% or 0.9% financing available. Doesn't get much lower than that.

And while that means there are lots of trucks and cars for you to get zero percent financing on, the big deal for people watching their wallet is the great deal on the Versa at Nissan dealership locations. Getting any money off on cars under $10000 is pretty rare, given how low the price is already there often isn't much wiggle room. Not so for this limited time deal, making it a must see if your car shopping on a budget.