Nissan Resolve to Save Sales Event 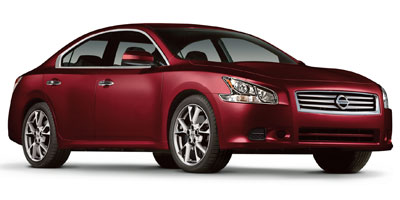 Nissan 0 Percent Financing Incentives continues with the Nissan Resolve to Save sales event is going on now at participating Nissan dealers. It's no small event either with thirteen models having financing or rebate offers including new cars under 10 000 like the Nissan Versa which we've already covered previously.

But what other new vehicles for sale are involved in the Nissan Resolve to Save event? Well you can get Nissan 0 Percent financing on a host of 2012 cars for sale such as the Nissan Quest minivan, Frontier & Titan pickup trucks, or a whole lineup of sedans including the 2012 Nissan Altima, Maxima, Murano, Sentra, Rogue or Versa.

The best deals to watch at nearby Nissan dealers locations are the Versa and Sentra. As we've mentioned already as the only remaining car in the new cars under 10 000 category getting zero percent financing on the Versa is a great deal especially since you can nab some extra cash back if you finance through Nissan.

But the Versa isn't the only affordable car with big savings. You can also get $1000 off the Sentra or 0% financing dropping it to the same price point as other new cars under 15000. However the biggest Nissan incentives are the $2050 in rebates on the 2012 Nissan Quest minivan, which just edges out the available $2000 rebates on the Frontier and Titan pickups.

What about Nissan incentives on SUVs? While there are some big $2000 rebates on the 2012 Nissan Armada or $1500 rebates on a 2012 Nissan Pathfinder, or $1000 off the Nissan Xterra none of them qualify for the 0% financing instead receiving 0.9% financing. The only SUVs with the zero rate are the Rogue and Murano.

Rounding out the remainder of the new vehicles for sale at Nissan dealers locations are the Altima and Maxima sedans which both offer $1500 in rebates if the zero percent financing isn't good enough for you or your looking for something more expensive then new cars under 15000 like the Sentra offer. And these are all deals on brand new 2012 models, but they won't be around much longer as the Nissan Resolve to Save Sales Event expires at the end of the month.