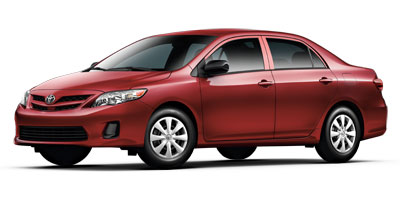 It's not often you see Toyota incentives grab this much attention, and yet the current May sales event that Toyota has running is doing just that. Back to full inventory and eager to gain back much of the market share lost as a result of last years Tsunami, the Japanese automaker is offering a bevy of Toyota 0% financing deals as well as several cash rebate offers to lure buyers back to showrooms this month.

While the uncharacteristic pivot towards more cash back and low financing deals is atypical of Toyota dealer locations usual approach, the current rise in Toyota incentives isn't going to crown them incentive kings either. Many competing manufactures have fatter rebates or competing zero finance offers this May as well. However if you are looking to buy a Toyota, the following deals are hard to ignore.

Toyota National Rebates and Incentives for May


The news is good for anyone looking for Toyota 0% finance options this month, with plenty of the deals being on cars under 25000. However people interested in buying a Toyota for their long lineup of 30 plus MPG cars might be disappointed by the national incentives. Only the Corolla and Camry get that sort of gas mileage and the Camry's 2.9% financing isn't that attractive.

Of course things are never simple. This month there are quite a few Toyota regional deals as well and if you were disappointed this May sales even didn't include more 30 plus MPG cars, cars under $25000, or cars that begin with Prius, there may still be some hope depending on where you're buying.

Say your shopping in Georgia or Florida, then your regional incentives would include the Toyota Prius with 0% financing. If you lived in Colorado you would be out of luck, but would however have an available $1500 cash back on a 2012 Venza instead. For that reason for the best and most up to date Toyota deals you should contact the Toyota dealer directly. If you are unsure about where your nearest dealer is, or how to contact them, use our Toyota dealer locator tool.

Just remember, all these deals expire at the end of month. So you only have a limited time before the Toyota sale in May ends.