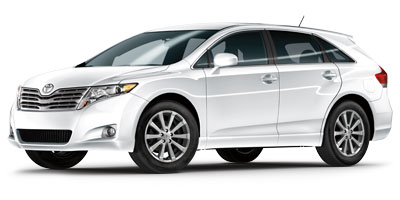 Another month, another chance to talk about Toyota incentives. February incentives for Toyota aren't the largest around this month, especially if you have your heart set on big cash rebates. Still there are a number of deals and specials on new cars for sale for those looking to shave a little off the price of a brand new Toyota.

National incentives for SUVs this month center mostly around financing offers. For 2012 models, you can get a choice of $500 in rebates or 1.9% financing on the Toyota Highlander, or in the SUVs under 25000 category you can that same 1.9% financing offer on a RAV4. The least attractive of the SUV deals is with the Venza, offering only 2.9% financing.

Things look better if you are open to deal with the available dealer stock of 2011 models. You can get 0% financing on SUVs under 25000 if you buy the 2011 RAV4 or $500 cash back which isn't shabby. Even nicer is the deal on the 2011 Venza which offers the 0 percent financing or $1000 in cash back. But again it's 2011 model only so you may need to contact your local dealer to find one in stock. Use the Toyota dealer locator tool if nessicary.

Deals on 2012 new cars for sale are also slim pickings. There are no real national cash rebates to speak of even on new cars under 20 000. The Camry and Avalon have modest 2.9% financing options available while the more affordable Corolla has a slightly more attractive 1.9% financing available.

The Toyota incentives are much better once again on 2011 models, but once again you only get a limited inventory to pick through. If you find a particular deal attractive, the best advice is use the Toyota dealer locator to find your closest dealership and call them direct to find out what their current inventory numbers are. Toyota 0% financing is available for the 2011 Avalon, Corolla, and Prius, and cash rebates are also better. You can get as little as $500 for the Corolla, with up to $1500 for the Avalon. You can also get a modest $750 cash rebate on the 2011 Toyota Prius.

Sadly no big deals on the 2011 minivans, the only deals this month on the van side of things is the 2012 Sienna which has no rebates but has 1.9% financing available. But like all the rest of these deals, they all expire at months end. And given how Febuary is the shortest month of the year, time is already running out. Be sure not to leave it to the last minute if you have any interest in the 2011 models, inventory will only get smaller as time goes by.