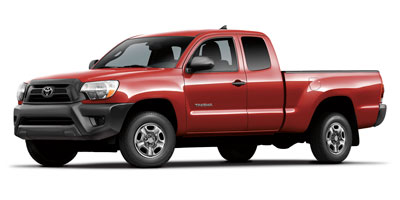 Work for a truck owner is second nature. You work hard, your vehicle should to. But all that work often results in a lot of travel so you need the best MPG truck you can get. But what if you don't need the biggest pickup on the block? Finding small trucks with the best gas mileage in the past wasn't hard but this year there is one small complication.

Normally the task of finding the best MPG truck is easy and straight forward. There was one crowned best in class fuel economy champion, and only one. However recently when you look at new trucks for 2012, the king? Well he hasn't been dethroned be he has been done in. Below is a list of the latest compact pickup trucks and their gas mileage. See if you can spot the problem.


You should have noticed right away. The Ford Ranger is clearly the top pick for gas mileage among small pickup trucks but Ford stopped production on it in 2011. Because of this there are some really very nice Ford Rebates on the Ranger, up to $4500 in cash rebates that easily makes it the best deal among trucks under 15000, but it also means supplies are limited. No new Ranger pickups for 2012, does that mean there must be a new king?

With a starting price of $16,875 and a MPG of 21 city and 25 highway the Toyota Tacoma's gas mileage is now the best around if you need to buy a new truck for 2012 and possibly the best truck under 20000. The Ranger with its rebates still hangs around as a strong contender, but as it slides out of site the Tacoma is clearly superior to other trucks under 2000. But will this position last?


Costing just over $25,000 the Ford F150 full size pickup equipped with its new Ecoboost engine may not sound like competition for the compact truck market. But don't be fooled this bully may soon be taking the lunch money away from its younger brethren. Full size trucks are starting to near compact truck gas mileage and the only barrier remains the price. But with Ford rebates for full size trucks often much larger then the average small truck under 15000 will the remaining price gap be enough to deter buyers when gas mileage is no longer a deterrent?