Each Saturday we review our server logs to determine people's most popular car search terms. With a five week scheduel this month, we break tradition and take a look at what LotPro articles and blog post are popular reads this last month. Some interesting choices for both so instead of one big list this week we bring you two shorter list. To start us off lets look at Steve Cypher's top reads this month: 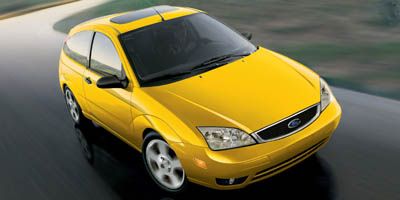 The topics Steve covers in his blogs include anything and everything, as long as its about cars. Top past reads include the very colorful pink new beetle Volkswagen built in the likeness of a Malibu dream car fit for a doll house. It certainly looks like the dream car fit for any girl who loved playing with her dolls as a kid. For the guys a big read is always all the Mustang pictures found in Steve's look back at the Ford Mustang from 1974 to 1993. The 1975 Mustang is especially great looking and worth a look in itself. The Corvette's found on the General Motors at the Meadow Brook Concours article also offers at great look at some of the cars from the past and always draws a twinge of nostalgia.

Of course the Blog is also a great place to find sound and knowlegable automobile insight. Some of Steve's most read articles continue to be his 10 Best Used car series although quite a few more people are interested in the best used cars under 12000 then they seem to be inclined to read through the best used cars under 18000 review but then in todays economy the bottom line always seems to get the most attention. And of course the following discussion on what vehicle got ranked ahead of whom and which model got left out are possibly even better then the blog post themselves. But don't tell Steve that.


Unlike the Blog, the Lotpro Article section often focuses on financial advice such as how to buy a car with bad credit or deal with the problems thousands of people face trying to deal with chapter 13 auto loans. Very real problems thousands of car buyers go through that may not be all that focused on the car your buying but more about the process. The articles focused on monthly financing and rebate offers are another example of where the reading tends to differ. There still are crossover talk though, hot topics like autoshows are always talked about, and the best car comparison list are frequently looked at and debated. Was there someone who was left off the list for the best 4x4 SUV 2012 that didn't get an honorable mention? Buying guides are often freqently talked about, like the recently written top 2012 cars under 13000 are extremely helpful to new shoppers trying to get their toe in the water before they get out and start test driving themselves. And of course car buying technical terms are sometimes discussed like just what exactly is buy here pay here financing and when you should consider it. If you're soon considering buying a new or used car, or need advice on financing then the LotPro Article section is going to be where you want to head to.

That's it on the special edition for this week, next week we'll go back to the normal topic rotation and look at the most popular used car search terms.