It may still be bland, but in 2017, in addition to a mild refresh and more safety equipment, Toyota's compact sedan is celebrating the milestone of 50 years of production. 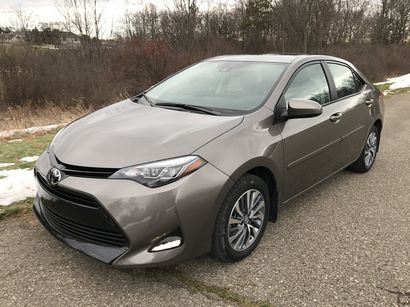 2017 marks a milestone for Toyota's compact sedan. Since the fall of 1966 when the 1967 Corolla (Latin for "small crown") first went on sale (we didn't see the model here in the US until 1968), Toyota has delivered forty-three million copies worldwide – making it the best-selling nameplate in history. That's nearly twice as many as the original Volkswagen Beetle (although the Beetle was based on a single platform, while the Chevrolet Suburban still holds the title as longest-running nameplate at 82 years and running). 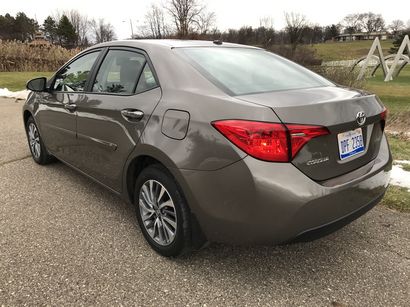 For 2017, Toyota has given the three-year-old eleventh-generation Corolla a mild facelift. In front, the upper grille is narrower. The lower air intake, which retains a piano black floating bumper, is also narrower and has been given more of a hexagonal shape. The upper grille is flanked by narrower headlamp enclosures that, on our XLE tester, contain all-new complex-LED headlights – an improvement over the existing units that, themselves, were the best we've ever encountered on a compact sedan. In addition to the headlamps, the revised fog lights also consist of an LED array.

Along the sides, however, it's still slab-city. There is a trim line that runs from just aft of the front wheel arch that bisects both door handles and terminates at the midpoint of the rear tail lamps, while the optional body side moldings also add a bit of character.

The only change to the rear fascia is a re-positioning of the back-up lenses inside the taillights. 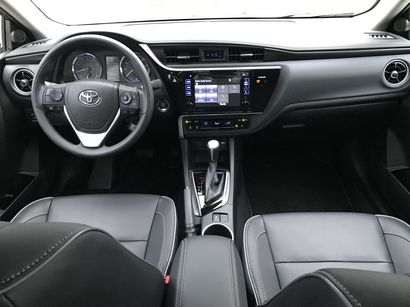 Inside, the changes are just as subtle and, all in all, the interior retains its conservative look. The vertical dash pad has been re-shaped and softened and the narrow blue trim strip above it has been eliminated. The size of the infotainment screen is unchanged, but the hard buttons surrounding it have been replaced by flush, soft-touch buttons. The round knob and hard buttons for the HVAC system have also been eighty-sixed, replaced by soft-touch buttons.

The instrumentation is clear, easy to read, and intuitive to operate. XLE trims get a two gauge cluster with a 3.5-inch TFT screen between them. The infotainment touch screen is within easy reach and the soft touch buttons surrounding it are redundant controls for the system's major functions. Bluetooth is standard as is Toyota's user-friendly Entune app suite. 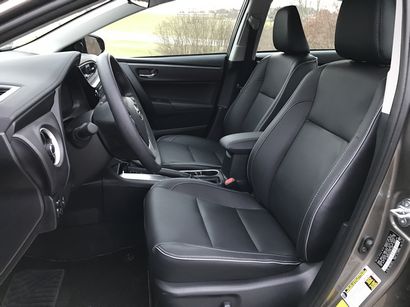 There's a total of 97.1 cubic feet of passenger space in sunroof-equipped models like our tester. There's plenty of leg, hip, shoulder and headroom up front, although the seats on XLE models only offer average amounts of thigh, lateral and lumbar support. In back, there's actually room for three adults courtesy of a low center floor hump and 41.4 inches of legroom. By comparison, that's over an inch more than the current Camry.

Visibility is great out the front and decent out the sides, back and rear three-quarters. It's also helped by the fact that all Corollas now get a standard rear view camera. In addition, all 2017 Corollas now come standard with the Toyota Safety Sense-P suite of active safety technologies that includes a pre-collision system with pedestrian detection, lane departure warning with steering assist, dynamic radar cruise control and an automatic high beam headlight system. 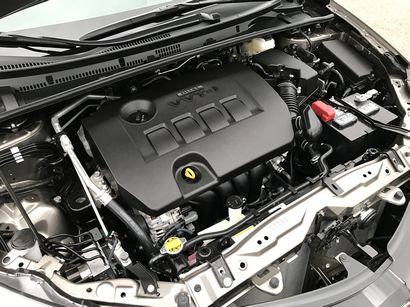 SE buyers can choose between either a standard 6-speed manual or optional CVT automatic, while all other trims, including our XLE, are available only with the CVT.

The EPA rates the CVT-equipped Corolla XLE at 28/36/32 city/highway/combined, while we managed a better-than-average 31.5 mpg in city driving. 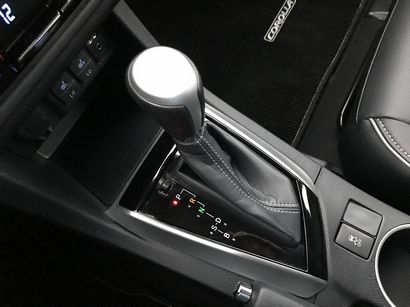 Although the 2017 Corolla is the best handling one yet, that's a relative term. It may be fine for everything from commuting to taking the family on vacation, but it's still no sports sedan. For one, it lacks the steering feedback and responsive suspension found in the best vehicles in this class. There's also noticeable body lean in corners, acceleration is nothing to write home about and, when pressed, you can hear the drone of the engine as the CVT attempts to hold revs at 4,000 rpm when accelerating hard. 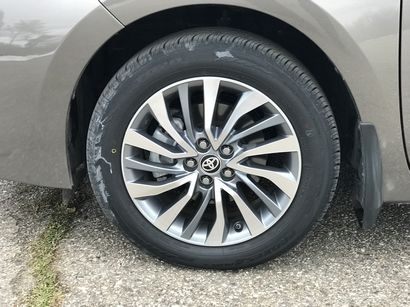 Those issues aside, the Corolla's handling feels secure and the ride is well controlled, absorbing minor road irregularities and larger bumps with ease. Although feedback through the pedal is only average and there's not a lot of initial bite to the pads (on all but the SE and XSE, the Corolla has a front disc/rear drum setup), the brakes are responsive, linear and easy to modulate.

Compared to a number of vehicles in this class, there isn't much in the way of wind or tire noise, especially in around town driving. At freeway speeds the softly-sprung suspension makes it feels like a much larger sedan – although that's not always a good thing. On the other hand, the ride is very comfortable without the floating feeling found in many small cars that sacrifice agility for suspension travel. 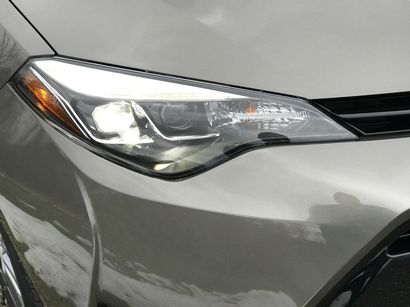 2017 Toyota Corolla pricing, including an $865 delivery, processing and handling fee, starts at $19,365 for a base L model. That's a $1,230 increase from last year's entry-level price. But keep in mind that it not only reflects the additional cost of a rear view camera and the additional safety equipment, but also the fact that the L can only be ordered with a CVT, whereas in 2016 you could get one with a 6-speed manual. 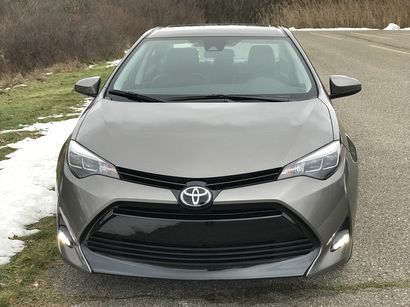 Despite the fact that it's really not our cup of tea, we found that there's still a lot to like about the latest Corolla. Not only does it come with decent fuel economy and a quiet, roomy interior, it also has arguably the best standard headlight setup in the compact segment.

On the other hand, ride and handling is just average, and performance is only adequate with 132 horsepower and a CVT. Finally, when you put your foot into it and try to have a bit of fun, the drone of the engine can get downright annoying.

But the fact remains that the Corolla is still a very pleasant car to drive, especially on long stretches of freeway. Current owners will appreciate the improvements in the model, while its smooth, quiet ride – combined with Toyota's quality and reliability – will probably attract even more buyers to the Corolla nameplate. 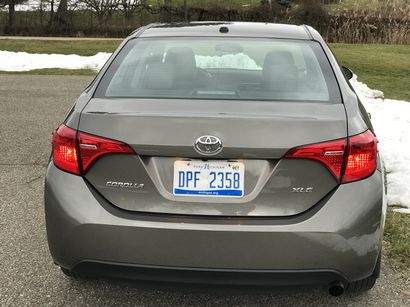