Each Saturday we review our server logs to determine the most popular trends typed into on our used car search engine. This month, the trends were easy to spot. People wanted to see more cheap cars (even cheap Lambo's of all things) and people wanted more used trucks. Of course we're happy to oblige:


Cheap Cars for Sale - The Winner 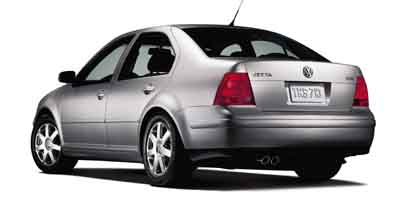 This is something that will never go away as long as people have to pay for cars. Which means forever then. Once again cheap cars for sale was one of the most requested things on our site, because you know what if priced well enough any model is a seller.

Cheap SUV for Sale - Runner Up

And while gas prices still continue to be a pain, especially in California, cheap SUV for sale is still a fan favorite. Really for all the downsides its hard to give up more room, better ride height, and that extra level of safety.

Cheap Used Cars are Cheap. Unless...

One of the things we get asked to find the most here at Lotpro.com is cheap. From helping people search for cheap used trucks, to helping them locate the best prices on local cheap vans for sale, we see a lot of people trying to not only save money, but also not spend more money then they might have. With a database of well over a million cars, finding cheap affordable Nissan used cars isn't as hard for us as it might be for some others. However there was one thing that crossed over this month that stuck out and so we've included it here. Folks, finding a cheap Lamborghini for sale is even for us no easy feat, hopefully people are searching for their affordable Lambo's in relative terms, and not a literal exercise.

You might expect with so many new car dealerships starting to roll harder on incentives for a month or more of truck sales events, that interest in things like cheap Toyota trucks or used Nissan trucks might start to wain. However it seems to be holding fairly steady and possibly increasing as of late and the question has to be asked. Are people still on the look out for small and medium sized trucks? Ford canceled the Ranger, abandoning the nitche, and several other automakers have left their light truck lineups to languish. Yet midsized used Dodge trucks are still quite popular and the Ranger still has plenty of fans looking at used Ford trucks for sale cheap. Maybe Chevy's plan to keep the smaller platform isn't so crazy after all.

Check back next weekend, as we'll drill down and find out where the used car deals are happening as of late.