Each Monday we review our server logs to determine the most popular terms typed in on our new car search engine. Today we see the take over of the 2012 model year is already underway. 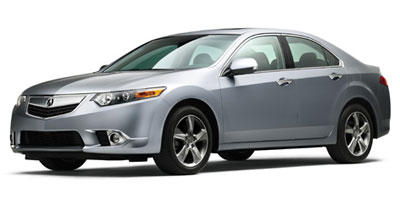 The Acura TSX eats up another top spot this month as more and more people look for entry level luxury with the Acura TSX. It's still our only Honda this month as well for a month dominated by the big three and Hyundai.

The Ford Flex gave up the number two spot this month, but Ford hangs on to second billing thanks to the Ford Explorer 2012 model. We are seeing more and more people jumping on the new model year and it's not even officially 2012 yet! Time is flying fast.

Big showing buy Ford, GM, and Chrysler this month with not only the Ford Explorer jumping up to the number two spot, but also the Ford Flex holding on and staying within the top five. Seems the truck section is flipping around as more people looked for the Chevy 2500 for sale then the GMC Sierra this month. GM also got some lift from their new small car this month, the Chevrolet Spark 2012 but only at tenth place. The 2012 Dodge Durango did very well for Chrysler this month taking the seventh spot on this months top 10.

People seem a big confused with Hyundai, we had a large amount of people searching for 'Kia Veloster' instead of Hyundai Veloster for which it is properly named but we'll give them credit anyways. Besides the Veloster we had quite a few searches for a 2012 Kia Soul Titanium. Interesting to see silver being that popular you would think red would be hotter after all those hamster commercials.

The rest of the field goes to our small European imports the new Mini Coupe and the new Beetle that Volkswagen just released. Seeing these traditionally powerful models grab the third and fourth spot isn't much of a surprise at all. Alright now check back next week as we review the most popular incentive terms searched!
data-ad-slot="5147846490" data-ad-format="auto">