Each Saturday we review our server logs to determine the most popular terms typed in on our car search engines. This week we look at what terms and brands are trending the hottest and been the most popular on Lotpro.com new car pages: 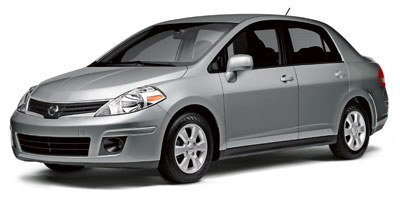 With the Nissan Versa being one of the cheapest new cars to buy and opperate, its not suprising that people won't give up looking for new cars under 10 000. It also has low financing and a nice rebate this month for the hatchback model which is likely very interesting to people on a budget.

Another budget term, new cars under 12000 is not as attractive lately but with the Hyundai Accent just trailing the Versa in the price wars it still remains a strong competitor. Unfortunately there are no rebates on the Accent this month unlike the Versa.

Where are the Deals this Month?

People want to know where the deals are this month, and once they found them they want to know where the closest way to go to get to them is. People looking for local dealerships is what's driving Kia dealer locator and Ford dealership locator numbers this month though its a bit of a surprise. This month Ford has great deals all across the board while the Kia deals are not bad, they are far shorter then Ford's this month. Maybe it's all the 2012 cars under 15000 they have on special over at your local Kia dealership, while the Ford deals are good the cars are not on the cheap side of the line. They also have some of the best cars under 20000 especially if you are shopping for an SUV.

What is suprising to see is all the interest in the 2013 models already. It's only four months into 2012 folks, try and contain yourself till June at least before you go nuts looking at the new 2013 SUVs and 2013 hybrids. I guess if you're trying to figure out if you should wait or buy now for a new hybrid given the new models every year its a good idea but 2013 SUVs? Anyways the interest in convertibles under 30000 is much more understandable given the changes in weather. Time to get those soft tops out and get them down. Of course with this summer is coming higher fuel cost so seeing more interest in cars over 30 MPG isn't shocking either. That's it for this week, check back next weekend when we break down April incentives.