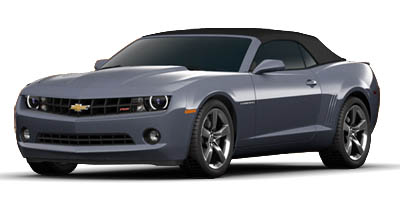 It seems somewhat fitting that Chevy decided to celebrate the Easter auto sales with a big fat goose egg. Although likely unintentional, the Chevrolet incentives and deals features a range of big tasty rebates as well as Chevrolet 0% financing offers on 2012 models. Not all the new cars for sale get the special financing treatment however so let's take a look at the deals this month.

The special finance offers are good news for all of us shopping for 30 MPG vehicles, as the Impala, Malibu, and Volt all get 30 MPG or more highway mileage. The Volt in particular benefits from the 0% financing since it also benefits from several state funded rebates as well as government tax incentives for being an electric hybrid. If you're worried about gas prices this summer, now may not be a bad time to go electric.

Surprisingly the biggest Chevy incentives this month aren't on big trucks or SUV's but on midsized new cars for sale like the Impala and Malibu. The Impala enjoys the largest rebate, totally up to $3500 in cash back goodness while the more affordable Malibu enjoys a nearly as large rebate of $3000. Those are significant rebates for a mid sized sedan and could be used towards a sizeable down payment on your new family car. And to make it even better, both vehicles get over 30 MPG highway.

And of course with the return of spring makes the return of the convertible to roads and car search engines all over. Both the Chevy Corvette Convertible and Chevy Camaro Convertible have matching low financing offers with their hard top siblings this month. The Corvette has the lowest, with 0% and the much cheaper Camaro has the higher 1.9% financing offer this month. That's it for now, check back tomorrow to see what deals and incentives Chevy has for SUVs and pickups.