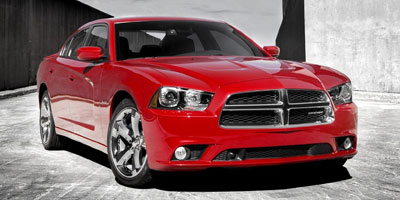 The Dodge Big Finish event continues where the Chrysler Big finish left off. Shoppers eager to cash in on this Dodge year end clearance event should pay attention because there are lots of choices on a variety of models including new cars under 20,000. Still there are some slight differences between this months Dodge incentives and rebates and those being offered in the Chrysler lineup. A review is warranted.

First Dodge zero percent financing still applies to all the 2012 models as well. This presents a great opportunity to get zero percent financing on outgoing models such as the 2011 Dodge Nitro, as well as new incoming 2012 editions. And unlike the Chrysler Big Finish event, Dodge dealers in Michigan and elsewhere are able to offer a much broader lineup for low financing including SUVs, cars, coupes and minivans.

This is particularly attractive for the new cars under 20,000 that Dodge is offering such as the Dodge Avenger starting at $19,245 or the $17,380 base price on the Dodge Caliber. In fact the entire Dodge lineup is pretty affordable, with most cars under $25,000 and all of them starting under $30,000. However there is one thing that might not drive everyone to find their local Dodge dealer using the Dodge dealer locator. A lack of rebates.

Depending where you live you might be able to swing your choice of 0% financing or $1,500 in customer cash on a 2012 Dodge Challenger, or up to $3,000 in cash rebates on a 2012 Dodge Avenger. But only in select areas and only up to $2,000 in rebates in other areas. It takes a lot of the rebate out of Dodge incentives and rebates but with so many cars with zero percent financing you might not even mind. Still for some it may drive you to look at Chrysler or Jeep dealers instead of using the Dodge dealer locator if financing isn't your thing.

Still if you are looking for low financing Dodge zero percent financing on 2011 and 2012 models, especially on minivans or SUVs, the Dodge Big Finish event should be the perfect excuse to swing by your local Dodge dealers in Michigan or whatever your home state is before the end of the year; which is good because like the Chrysler Big Finish this event will only last until just after the New Years. Hurry soon before it's gone.