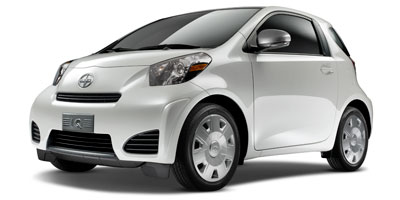 First and foremost why is this the 10 best new cars with GOOD gas mileage and not the best MPG? Because last week we reviewed the 10 best hybrid cars by gas mileage, and comparing the Prius c and its 53 city / 46 highway mileage to 30 MPG cars like the Nissan Versa is not quite all apples to apples. There are tradeoffs to both, but first let's look at the best non hybrid cars for gas mileage before we get to specifics.


The first thing you might have noticed if you read the 10 best hybrid cars article is the mpg is significantly lower compared to the Prius family. These 30 MPG cars are a far cry from the 50 MPG city the Prius and Prius c achieve. The second thing to take note of is that these are some fairly cheap new cars. Most of these new cars cost under $15000 and cost nearly half of what the mid-level hybrid would. What's the deal?

Cheaper New Cars but Smaller To

First look at who tops the list, the Scion iQ and Smart fortwo. In a word these cheap new cars are small. And while they maybe the perfect commuter cars for urban drivers on the highway neither of these cars does over 40 mpg. Their small size means great city driving but insufficient room for much else. They trade size for fuel economy and it shows.

Once you move up to the subcompact and compact market however, most of the fuel economy starts to cluster all together. All but the Sonic are new cars under 15000 which is pretty reasonable for a fuel efficient vehicle. But given the close proximity in economy it's those secondary points like price and how you drive that make all the difference.

This is especially true when you have cars under 10000 like the Nissan Versa or the $14,000 Toyota Yaris and pit them against an almost $19,000 Prius c. Depending how you drive a heavy highway commute could take a lot of the shine off the Prius c and make that under 10000 Versa look really attractive. Likewise if you drive heavy city mileage that 30 MPG Yaris is going to look positively weak next to a 53 mpg Prius c that cost just $5,000 more.

Picking the Best Option for You

With plenty of affordable 40 mpg cars, the choice for best mpg non hybrid comes down largely to budget and driving habits. And since buying a fuel efficient car is largely a budget choice, overall economy is the likely winner. Expect the Prius c to have a lot of people reconsidering their choice however.