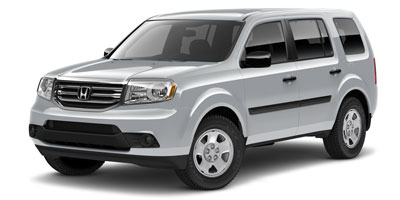 Got a big family? Or maybe you frequently take long trips with lots of friends and only big cars that seat 8 will meet what you needs. So what new 2012 SUVs or Vans will meet your people carrying needs and how much can you expect to pay, check the list of new cars for sale below to find out what tires you should be kicking the next time you go car shopping.


Cheapest Vans with Seating for 8 People

It may seem a limited request among minivans for sale; that adding that extra seat to go from seating for seven to include that extra middle seat for eight. And yet unless you order one of the larger passenger vans such as the Savana, Econoline, or Sprinter passenger vans which can carry a max of twelve people, finding that extra row is actually a novelty. Both the Honda Odyssey and the Toyota Sienna offer available seating for eight people but beware. Neither the Sienna nor the Odyssey offers the extra seat in the base model.

What most car search engines might not tell you is that the Odyssey requires upgrading to the EX package while the Toyota Sienna requires the upgraded LE package. Of the two minivans for sale the Sienna is the cheapest at $26,145 for the LE package compared to the $31,625 for the EX upgraded Honda. For full size vans, the Savana and the Express tie for the cheapest.

Cheapest SUV with Seating for 8 People

Shopping online car search engines for an SUV under 30000 that seat 8 people? While there are plenty of large new 2012 SUVs that also seat eight, many of them which you are undoubtedly already familiar with, most are not SUVs under 30000. There however still choices, both the Chevrolet Traverse and Honda Pilot offer that extra seating with the Pilot being the cheaper of the two with a starting MSRP of $28,620.

However that extra cost does come at some additional benefit, models like the Chevy Tahoe or GMC Yukon also offer an additional ninth seat, something very rarely common on most new cars for sale. Though expect to pay an extra $10k compared to the Pilot and Traverse which remain your best SUV that seats 8 for the value.