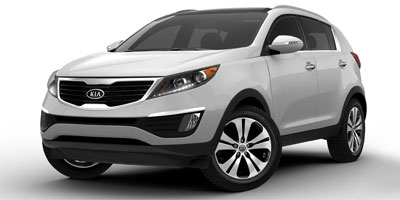 Gas mileage is starting to creep up for the summer. And with the talk of possible $5 a gallon gasoline coming some people have begun to wonder which are the best SUVs over 20 MPG? While many people are taking to cars 30 mpg cars in preparation of the gas hikes some people just need the room an SUV provides. So what options are available before you use those car search engines to start shopping?

Well honestly there are actually quite a number of SUVs that get a combined gas mileage over twenty, so instead we'll take the best SUVs over 20 MPG city, and then rank the top five cheapest from lowest to highest. This will give us the best idea of not only which vehicles are the most affordable to fill up, but also what the most affordable to own are.

While there are a ton of new cars under 20 000 that you can select from today that are either 40 or 30 mpg cars, there were only five SUVs under 20000 that get a combined mpg higher then 20 MPG and only three that meet that threshold at city speeds. They are the Jeep Patriot and Jeep Compass which both get 23 city and 29 highway mpg. The Dodge Journey and the Suzuki Vitara both fall short of our set benchmarks with only 19 mpg in the city.

Possibly the best option on car search engines today however is the Kia Sportage which gets 21 mpg city and 29 mpg highway with the base package with manual engine which cost just $18500 or you can get over 30 mpg highway with the upgraded LX edition which gets 22 city, 32 highway, and cost $20,800. The Patriot then is your best for the least amount of money but the Sportage is the best all around value.

The other two vehicles that didn't make the cut for SUV under 20000 but do get 20 mpg city. The AWD Subaru Forester despite that all the time 4x4 action gets 21 city and 27 highway, though it also compares the closest to new cars under 20 000 of which several come in hatchback options with higher mileage. The slightly taller Ford Escape with its base specs gets 23 city and 28 highway likely would have won if not for the price change of the Sportage. Still given the new Ecoboost engine in the 2013 model, the Ford will likely be the best choices come next year.