As the year winds down, a lot of people want to know. Who has the biggest or best new car rebates? Rather then turn you loose searching all over the internet looking for car search engines to tell you the answer, we've placed the top ten biggest car rebates right here all in one place. So without further ado, the top ten year end clearance rebates! 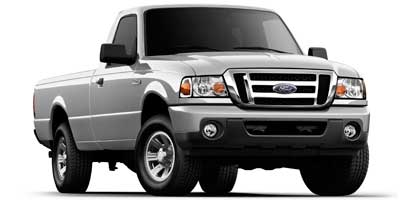 With the four of the top five biggest rebates, it's no surprise that Ford rebates have taken the run away title of biggest year end clearance rebates. It's not a surprise to see the automaker take advantage of the favorable gas prices and clear out many of the trucks and SUVs with big rebates, but it is a surprise at how much above the competition they are. Clearly the best new car rebates this month.

Why so much markdown on the Ford Ranger? This is the last year for the Ranger, which has officially stopped production. The clear out means you can easily get one for less then other new cars under 15000, something to consider if you were looking at cars to save money and hadn't considered a pickup.

Runners Up for Best Auto Rebates

General Motors has the next most new cars for sale with hefty incentive thanks to their big Chevy car and truck rebates, but its Mitsubishi who has the biggest non Ford rebate on their Endeavor.

The next best deal after the Ranger would likely be the Chrysler 200 for affordability. With a $19,245 starting price and an available $4,000 in cash rebates, it's the only second new car under $15000 that made our top ten. For the highest price, the Cadillac Escalade is undoubtedly the priciest of all the cars on this list you'll find on car search engines with a starting MSRP of $63,455. And there you have it, our ten biggest rebates among new cars for sale this year end clearance! If you are looking to save the most add these to your consideration.