Highs and Lows of the Detroit Auto Show

Wrapping up our 2012 Detroit Auto show coverage we cover the Acura, Nissan, and Hyundai cars and exhibits. See the 2012 Detroit Auto Show winners and losers in Steve's blog, or stick around and leaf through all the photos of the show including one of the hottest concept cars at the show from Acura. So take a moment, spend some time in the gallery looking at all the new autos for sale before we bid adieu and move on to the next show.

Concept cars was the buzz around the 2012 Detroit Auto Show Acura exhibit this year, and it's not hard to see why. The Acura ILX sedan concept which wasn't much of a concept is expected to make the leap to showrooms soon. But it was the other concept but coming soon model that had all the thunder, the Acura NSX concept. Poised to be built in Ohio, this sharp LED lit beauty has more than a hint of a dangerous glint in those headlamps. You can see it for yourself with all the other 2012 Detroit Auto Show Acura cars. 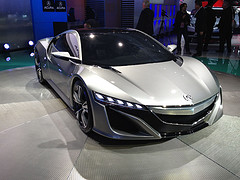 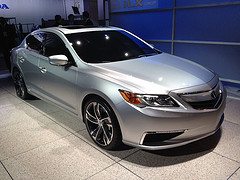 Hyundai has quickly grown in popularity recently, so it's no surprise that the 2012 Detroit Auto Show Hyundai exhibit had quite a bit of interest this year. For starters the new 2013 Genesis Coupe was on display and it looks quite a bit more aggressive then its predecessor. The Hyundai Veloster Turbo was also among the 2012 Detroit Auto Show Hyundai cars on display, with many young hopefuls looking on wondering if the car will finally carry that extra kick its name suggest. 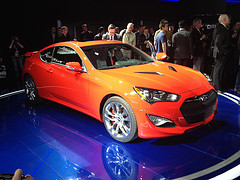 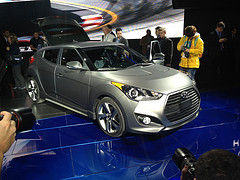 If Acura was the highpoint then the 2012 Detroit Auto show Nissan exhibit was the low. Unless you were hungry. Nissan had its new NV series commercial van decked out and serving hotdogs to hungry media types but to the masses of people flowing through the auto show it was hardly a high note compared to all the new concept cars and flashy exhibits. The new Nissan Pathfinder concept was also on display, but as the name suggested you had to have an adventurous soul to find the 2012 Detroit Auto Show Nissan cars among all the others on display. 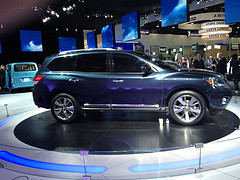