We already reviewed the Cadillac Ciel and Kia Track'ster on Friday, today we get a look at the Lexus LFA Super Car concept which isn't all concept, as well as the new Volvo concept car, named You. One looks to be a hotly searched car among car search engines, while the other takes a look at how people interact with their technology on the go and integrates it further into the vehicle. Lets look!

Four brightly colored Lexus LFA Super car concepts are on display at the 2012 Chicago Auto Show. If you think they look sharp and would love to own one, then good news! It turns out the LFA will be joining the list of new cars for sale with a base price of $375,000 for one of these limited production super cars. Of which Lexus plans to only produce around 500 of them. Yup that's 1.5 million dollars in show car sitting in a row at the Lexus Booth, so try to wipe your mouth when you're done. 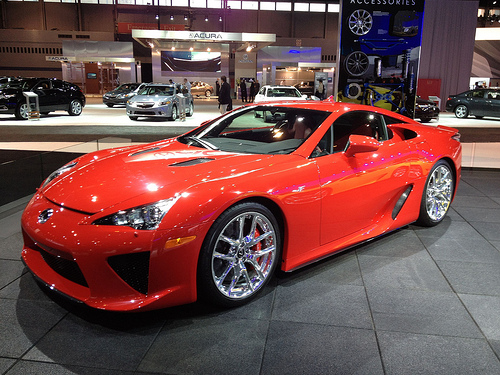 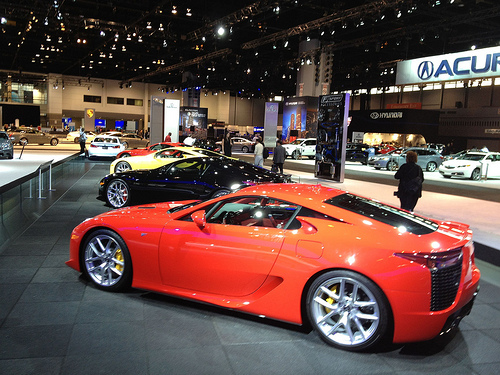 Coming over from its Frankfort Germany unveiling is the Volvo You Concept car. The You takes on many possible solutions to technology integration in future cars though don't expect to see it in future local car dealerships in Chicago anytime soon, especially with those suicide style rear hinged doors. 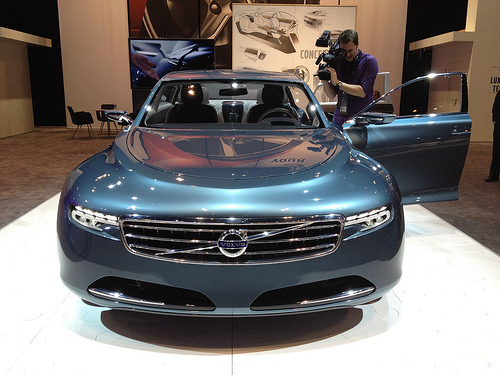 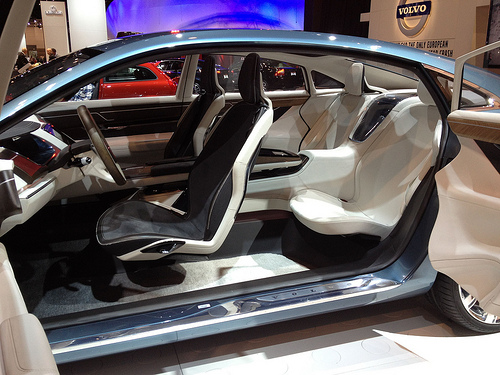 There were a few other concept cars we could have given some spotlight time to, but were pretty much covered during the 2012 Detriot Auto Show. Namely the Acura ILX and RDX concepts, the Nissan Pathfinder Concept SUV, and the Accord Coupe Concept. But there's plenty of new releases to talk about next week, namely the redesigned GMC Acadia as well as some really hot Mopar Chrysler cars. Look for those next week!