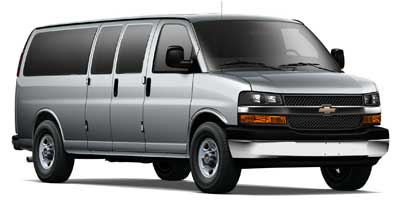 When it comes to AWD van, minivan, and utility van options, it's an ever shrinking field these days. What new vans there are on the horizon, like the Nissan NV, there seems to be an inherent lack of any 4x4 options. This can spell real trouble for any family or company that is needs that extra versatility when it come time to compare minivans and vans.

2012 Vans and Minivans with AWD

Thankfully there still are some limited options among vans and minivans for sale to meet your all-terrain needs so all is not lost. Both GM and Toyota have packages that include all wheel drive options in both full size cargo van and the more nimble minivan variants. While it is a short list, they include some of the best in the segment.

The prices in the list above reflect both the GM and Toyota minivans cost after adding AWD packages. For example the cheapest package with AWD for Sienna is the LE, which raises the cost to $31,930. The significantly added cost over the base Sienna's $25,060 MSRP is three part. The upgrade to AWD requires upgrading to the 3.5L V6 engine, adding the LE package, and finally adding the all wheel drive option.

While neither vehicle can be considered cheap new cars, the required options on the Sienna bring its price point quite close to that of the Savanna and Express vans which seat 8 passengers standard compared to the Sienna which seats 7. In addition, there is no option to upgrade to seating for 8 in the Sienna AWD variations while the GM models offer significantly more cargo room and expandable seating for 15. However the GM models are near as stock as they come while the Sienna is nicely equipped. Deciding on which van is right for your family might take some careful consideration.