Cars and Girls at the Geneva Auto Show 2012

The 2012 Geneva Auto Show offers automakers from across the pond a chance to get together and show off every year and this year was no exception. While many of the models showcased will never get a chance to come back overseas to our shores, much of the luxury hardware are a feast for the eyes. And the girls showing them off aren't too bad either. To see all our images, check out our Lotpro.com Flickr page, or check out our Girls of the Geneva Auto Show section. 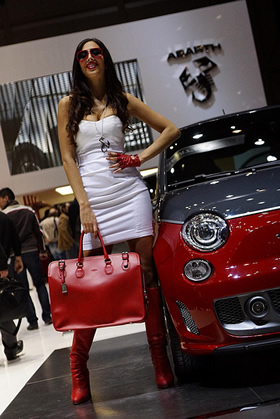 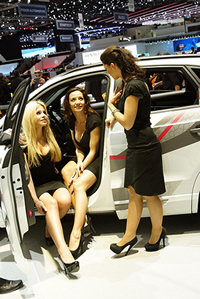 On the above left, we have an offshoot of the recently released to the States Fiat Abarth, the Fiat 595 Turismo. While nothing officially is known about special edition Abarth's like the Turismo coming stateside, Fiat has teased that it is considering future new cars for sale in the custom special editions. On the top right, we have a very crowded ABT special edition of the Audi Q3. The re-styled small SUV has been dubbed the ABT Audi QS3, where the "S" stands for sport. Besides the body graphics and accompaniment, the QS3 featured improved engine performance, suspension with a set of lowering springs, upgraded wheels, new front and rear end, and an upgraded exhaust. 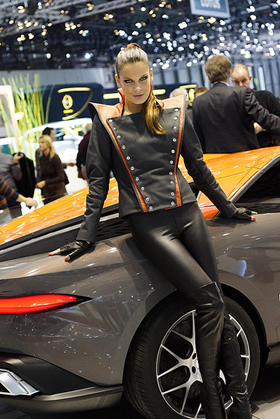 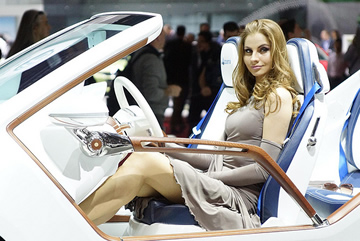 On the above left, here we have a model posing with the Bertone Nuccio Concept car, and while you cannot tell from the photograph, it has a rather unique front end. Unfortunately Steve didn't get us a picture of the whole thing; apparently he was distracted at the time. At the above right we have the rather unique Volkswagen Up! Azzurra Sailing Team Concept car. The VW UP! is about to hit car search engines in Europe with no immediate plans currently for an American release. Resembling and inspired by luxury yacht racing, its clear Volkswagen is still toying through the concept. 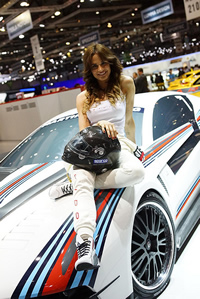 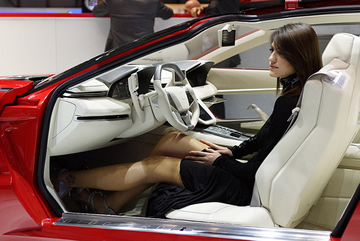 Believe it or not, both of the above pictures are the Givgiaro Brivido concept that made its debut recently at the 2012 Geneva Auto Show. Featuring enormous gull wing doors with large glass insets, the Brivido which is Italian for 'Thrill' certainly had everyone's attention. Can you believe it's a hybrid to? 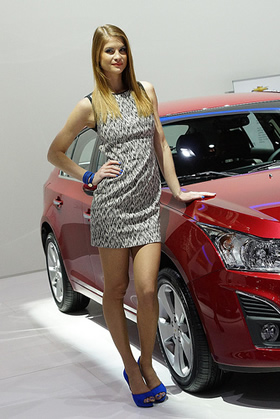 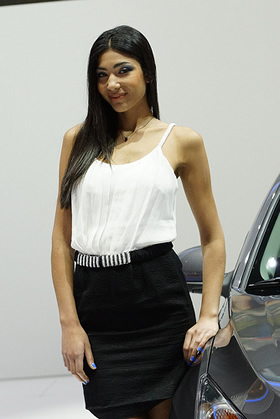