Each Saturday we review our server logs to determine the most popular terms typed in on our car search engines. This month people started to get out, check for the best prices and incentives, and begun looking at the new 2013 model years. What were they looking for? See our list below to guess for yourself: 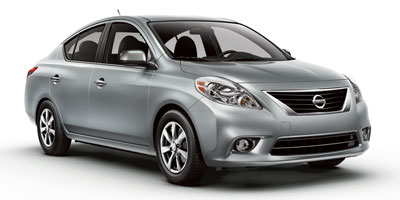 You have to wonder if there are even any 2011 Nissan Versa's left with just the bare essentials to make cars under 10000 so popular these days or if the only cars under you'll find anymore less then 10 grand will be used cars. Either way, people really into the value option still.

While some of the shine went out of Kia this month, people are still very interested in which new model is the best SUV 2012 has to offer as for another month in a row people buck the fuel economy trend to get the biggest ride they can afford.

Of course as with every month, vehicle pricing information was very popular, as people sought out new cars under 20000 along with new cars under 15000, but what isn't accurately displayed in our monthly listing is that this month, people really started to give the 2013 models a heavy look. People have had their eyes on the 2013 hybrids for a while now but now people are really starting to get after it. What really isn't shown yet, and is just starting to pick up, are the 2013 models themselves. Cars like the 2013 Fusion are starting to crack our list, expect so see a great deal more of them in the future.

The other thing that people have a big interest in lately is deals. With July around the corner, summer auto sales are starting to become top of mind as people start to search out local dealers with our Kia dealer locator or our Ford dealership locator. Besides these new 2013 models they want deals. People want to see more 0% financing on new cars, they want more cash on the hood. Through April and May, many automakers were able to hold off on offering any massive rebates, but can they continue to wait while interest in new cars under 12000 is picking up? Next week we'll be looking at the hottest incentives and deals, maybe then we'll find out the truth for real.