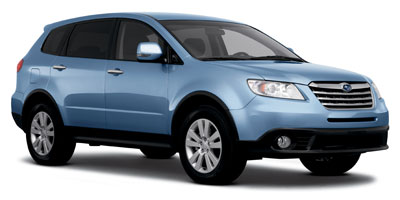 While there certainly is a wider selection to choose from when looking for the safest SUV, it is by no means the bonanza of selection you might find among new cars for sale. While SUVs are safer then ever from roll over accidents due to electronic stability control, tougher standards on roof integrity still hampers even the best SUV under 30k.
Because of the sheer weight of many of these vehicles, passing all four tests to achieve the insurance Institute for Highway Safety coveted Top Safety Pick is no easy feat. Many a SUV under 20000 has seen its hopes crumple along with its collapsing roof to not quite past the muster of the roof strength test. Many of the vans for under $25000 were not ready either though that has largely changed with 2012 models. So who is tough enough to be the safest SUVs? Read on..

Down at the bargain end of the spectrum, finding the best SUV under 20000 for safety isn't quite limited to just roof strength. Many of these vehicles are lighter then the SUV under 25000 you might find, and so are more tolerant during a roll-over. Despite that, only six 2011 SUVs under 20k make the list. They are the Kia Sportage, Hyundai Tuscon, Jeep Patriot, Honda Element, Hyundai Santa Fe, and Subaru Forester.
If you are looking for a larger SUV, but still an SUV under $25000 your list gets a little smaller. Only the Kia Soronto, Chevy Equinox, GMC Terrain, and Volkswagen Tiguan passed the IIHS standards for Top Safety Pick. If you are adding some luxury to your taste, or just want more room, it's a very small class for the best SUV under 30K. Only the Ford Edge, Jeep Grand Cherokee, and Toyota Venza meet the challenge of being tough enough to handle their own size at that price range.
Unlike full size new cars for sale, there was only one full size SUV to pass the test of having its own roof strong enough to support itself to pass the roof strength test. The Volkswagen Touareg holds that sole honor, though in 2012 it shares it with the Enclave, Traverse, and Acadia.

You might not think it a solitary title, but only one minivan was recognized in 2011 to be a Top Safety Pick. This changes next year with four more being added but officially there is only one safest vans for sale, and that is the Toyota Sienna.
Still not sure if the SUV you are looking at is a 2011 Top Safety pick? See if its on the list below.
Safest 2011 Minivan