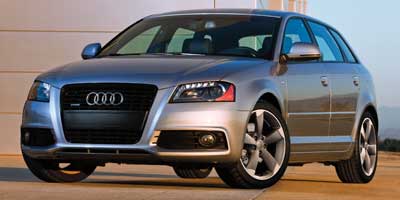 Continuing with the safest 2011 cars reviewed, we move on to the large cars division dominated by luxury cars as well as midsized cars. By and far this is our most priced diverse segment, with cars under 20000, cars under 25000, and even cars over 30000.
Because there is so much variance we'll only be highlighting a few today with the rest listed. This is because most of the best cars under 30k all offer Top Safety pick bragging rights due to increased money spent on safety as well as extra room for crumple zones. But there are a few surprises so always best to check before taking those tempting automobile rebates and running if safety is a concern.

There's quite a list of cars under 20k that offer Top Safety picks, not only do you have the small cars over $15000 covered yesterday such as the Chevrolet Cruze, Scion tC, Scion xB, Subaru Impreza Sedan, as well as the four door version of the VW Golf and GTI but these best cars under 20000 are also joined whole lineup of midsized cars.
Midsized cars such as the Dodge Avenger, Ford Fusion, Hyundai Sonata, Kia Optima, Subaru Legacy, and VW Jetta models make for a truly impressive list, but there is still reason to check. Models such as the 2011 Nissan Altima (Average roof crash test) and 2011 Toyota Camry (Moderate rear crash test) fall short of being the safest mid sized cars. It's always best to check before cashing in those automobile rebates on a new car.

Most of the 40 mpg cars you see are in the mid sized category, so which of these safe cars will take care of your families safety as well as your wallet? Besides the obvious hybrid answers like the Toyota Prius and Honda Civic hybrid, you have the German diesels and Eco Cruze. Audi has the A3 and Volkswagen has both the Jetta and Golf TDI models while Chevrolet has the Eco version of its Chevy Cruze. Expect this list of 40 mpg cars to grow substantially next year however.

It's no surprise to see how big the list of semi luxury and upscale luxury cars is on safety. After all if you are looking at cars under 25000 or the best cars under 30k all that money you're spending should at least go to driving the safest car possible. To make sure your chosen luxury car is up to task however, make sure its on this list of large and midsized Top Safety winners before you buy.
Large cars