Each Saturday we review our server logs to determine people's most popular car search terms. Not all the deals are great this month but there are some sure winners for those people looking to save money. So lets go ahead and look at the top ten new car incentives and rebates searched: 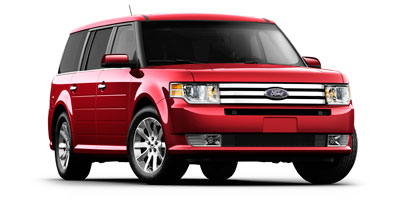 Back up to the top for another month! Ford incentives are currently leading the pack again with lots of low financing offers and some pretty impressive rebates for May. Although Ford still lacks a real cheap new car as an option with big rebates it remains a strong month for the big blue oval.

Everyone wanted to save this mother's day it seems, or maybe they just wanted to save with the best car incentives had to offer. Either way people were hungry for the latest model incentives and rebates being offered this month.

The Biggest May Car Incentives

While Toyota incentives were not as popular as last month they still remained really good with lots of low financing offers and a good splash of rebates. In fact Toyota 0% financing has been so popular it just missed being at the top of the list by itself as well. Of course Ford 0 percent financing did even better with all the interest in Ford incentives this month but who could blame anybody? Pulling the in the bronze this month was Honda incentives this month which also didn't do to badly with Honda 0% financing though honestly it's a bit of a surprise. Honda really didn't have much in the way of 0% except a few local deals. Guess people are just hopeful.

Pulling up the reare this month are the Chevy incentives as well as this month's Kia incentives. This is also a bit of a suprise, Chevrolet has some very competitive deals going on this month, almost going head to head with Ford in terms of money on the hood. At least the most popular Lotpro vehicle for incentives this month was a Chevy, as the Chevy Cruze rebates and incentives cruised into last place for this month's list. Affordable and fuel efficient still seems to top everyone's list these days. Check back next month as we go down the top used car terms!