Safest Cars - Every Subaru a Winner 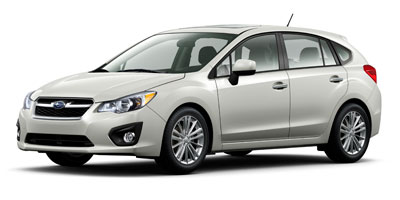 Looking for the top safest cars to drive? Consider driving a Subaru which just had everyone of its 2012 new cars for sale earn the IIHS top safety pick, cementing its continued status of the only automaker to have every model it builds earn the award. Subaru 4x4 2011 models that had earned the award last year carried over into this year.

The Japanese automaker also long known for its all wheel drive systems and boxer engine is now being recognized for its commitment to safety which is awarded to new cars for sale after achieving the IIHS top rating for front, rear, and side impacts as well as withstanding a force equal to four times the weight of the car being applied to roof before five inches of collapse occurs.

The news will undoubtedly be well received by Subaru Rochester NY dealerships, which are used to selling the Subaru AWD cars to frequently snowbound motorist looking for an edge in the winter. The AWD system is standard on all Subaru models except the newly introduced BRZ rear wheel drive sports car jointly produced with Toyota and will be released at local Subaru dealers later this year.

A notable top safety pick winner for Subaru this year is the newly revamped 2012 Impreza wagon and sedan models. The new 2012 Impreza offers 7 mpg more than its 2011 sibling, and offers 9 mpg more on the highway without an increase in price. Both new cars under 20,000 where already highly coveted for their affordable Subaru 4x4 system will now be adding the highest mpg 4wd car and a repeat top safety pick to its trophy case this year.

If you are in the market for a safe affordable 4x4 wagons or sedans, consider stopping by Subaru dealerships in Rochester NY or use the LotPro Subaru dealer locator to find the nearest dealership. With several new cars under 20,000 including the Impreza and Legacy and all model invoice priced at under 30,000 and every model an IIHS safety pick, you'll be sure to find a great deal as well as a guaranteed safest economical car.