We're back for a brand new year and ready to review our server logs to determine the most popular terms typed in on our used car search engine. Big changes in the works for this year as we'll be looking at weekly progress to see what's trending in our top ten used cars searches. This week the ten most popular searched used car search terms were:

Used 2011 Escalade for Sale - The Winner 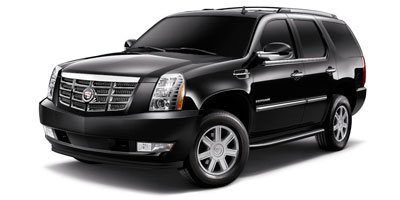 Barely into 2012 and people already looking for a used 2011 Escalade for sale. My how the time seems to fly. People have opened the New Year with a real hunger for used luxury cars it seems, and no shyness towards large SUVs. Signs of a recovering economy?

The interest people have in Nissan used cars continues to grow, as Nissan held this spot last month the last time we took a peek inside. Affordable and dependable continues to repeat themes.

It's not hard to tell what the trending used car searches are this week. Used Infiniti FX35 jumped another spot from forth to third, and used Yukon XL Denali jumped two spots and grew to the plus size XL model as interest in high end SUVs continue to grow. Will this trend continue if there's a gas crunch? People seem to have a need for speed as well as used 2005 Mustang and used BMW Houston have recently begun to trend well. Time to get back to the finer things in life at affordable, if slightly used, prices.

Bit of a grab bag making up the other half the top ten this week. Interest in a used Chevy Express Van for sale has come back, as well as people's desire for used cars on a budget with used Saturn Ion and used Cobalts taking up the sixth and seventh spots this week. Not much specific interest in any particular cheap used trucks, but still plenty of interest in pickups these days as it rounds out our list in the number eight spot. Come check back with us next week as we break down the hot used car locations for this month.
data-ad-slot="5147846490" data-ad-format="auto">