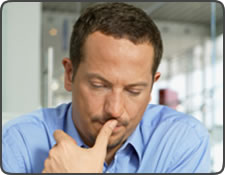 If you have been doing any car comparison lately of used car prices you are probably already aware of the abnormally high asking price of many used cars. Limited numbers of pre-owned turn-ins due to credit crunches, natural disasters limiting production and economic uncertainty that limited the purchase in the past of new cars have all impacted the price of cheap used cars..

If you just started checking used car search engines, or plan to soon, then a case of sticker shock maybe in your future. At least in the case of used cars for sale there recently have been some signs of recovery. Three of the last two months have seen progressive dips in used car prices and while the Bureau of Labor Statistics is reporting that used car prices have plateaued somewhat during the month of November there seems to be some good news on continued fall of future used car prices.

Most of the good news centers on above average new car sales driven by large rebate and incentive programs. All these new car purchases should mean an increased number of used car turn ins to help drive the used car prices down. An increase of inventory before the end of the year could trigger some used car Portland Oregon dealers as well as elsewhere to offer some end of the year clearance specials so watch carefully for those as the year comes to a close..

Only one hitch however to all this good news. Because new car sales for November were driven largely by SUV and truck sales, there is a good chance that many of the newly offered used cars for sale will be older SUV and truck turn ins. Meaning cheap older model sedans and other more fuel efficient models could still be hard to find so don't put away those used car search engines just yet..

Still cheap used trucks and SUVs certainly isn't bad news. Especially if you happen to be in the market for a larger pickup or SUV so starting to look at the new used cars Portland Oregon dealer lots have to offer might not be a bad plan if big is in your future. The continued drop in gasoline cost is also good news for larger vehicles as well. Just remember to do car comparisons on whatever used cars you look at. Used cars are not all equal so careful consideration can save you a big headache later.