We get some seat time in Mazda's updated compact crossover SUV at the Midwest Automotive Media Association Spring Rally at Road America in Elkhart Lake, Wisconsin 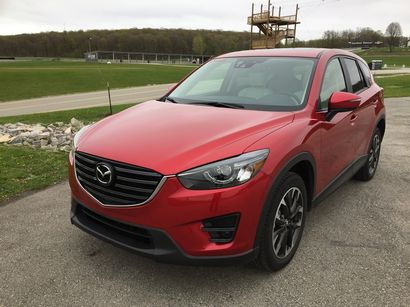 Here at Lot Pro we like the Mazda CX-5 enough to recommend it to friends as well as any one else looking for a sport utility vehicle without having to sacrifice agile handling or fuel economy. 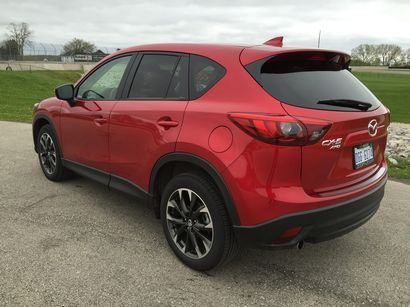 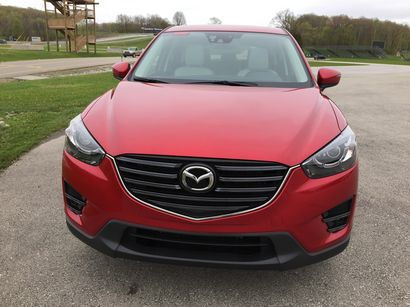 Outside, the requisite five-point grill now contains five horizontal bars, replacing the former mesh insert and bringing the CX-3 in line with the rest of the model lineup. The horizontal them is repeated in the redesigned fog light surrounds, while headlamp enclosures on the Grand Touring trim level now feature LED daytime running lights. 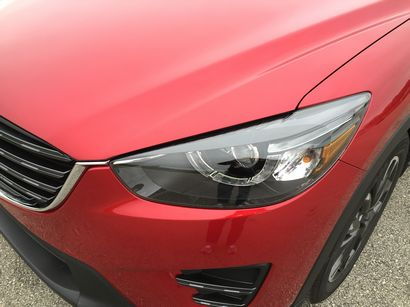 Along the sides, there's a new wheel design for Grand Touring models while, in back, the taillights feature a new lens configuration. 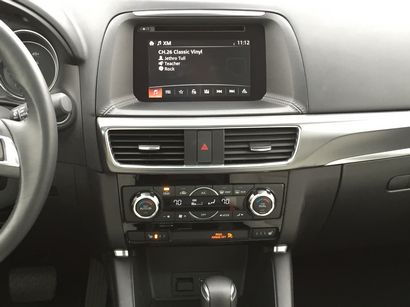 The biggest changes for 2016 occur in the CX-5's interior. Here you'll find a new center stack that, on Touring models and above, contains a larger touchscreen with a remote-operated digital display controlled by a "commander control" dial located near the cup holders. Brushed metal trim replaces piano black on the dash, while new silver trim surrounds the air outlets and steering wheel-mounted remote controls. 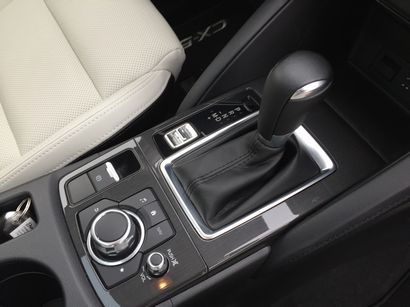 Mazda also made some changes to both the front and rear seat cushions, lengthening them for more thigh support. The interior of our tester was finished in Mazda's new Sand color. Truth be told, it looked great but actually closer to white than sand – light enough that the seats might be harder to keep clean, especially if a cloth interior is chosen. 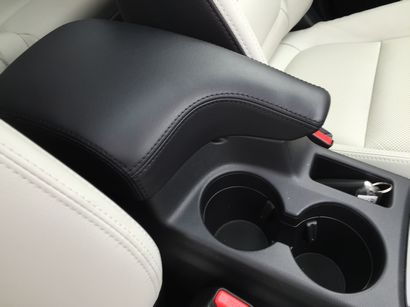 2016 CX-5 Sport models with a manual transmission get an electronic parking brake and an updated center console, dash and armrest. All automatic-equipped models not have the 2.5-liter 4-cylinder engine (previously it was standard on AWD models only). A new Rear Camera Package option ($400 MSRP) includes those features found on last year's Bluetooth Audio Package plus a larger 7-inch touchscreen, multi-function commander control, Mazda Connect infotainment system and rear view camera. 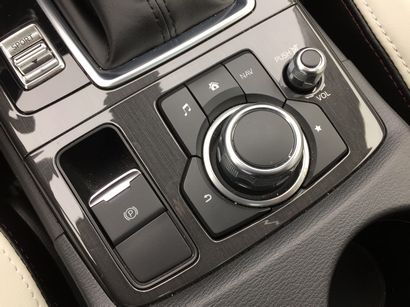 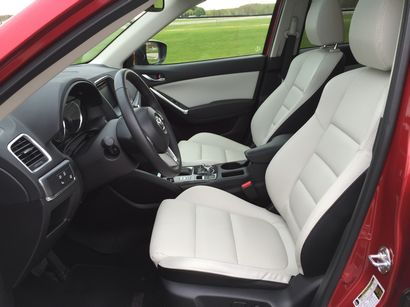 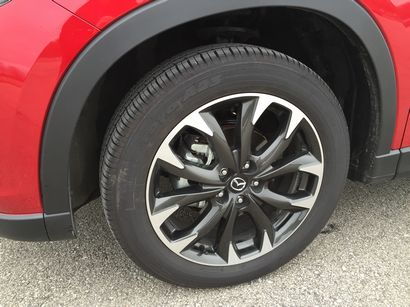 Fortunately, Mazda made no changes to the CX-5's driver-oriented "Zoom-Zoom" character and it remains the best-handling vehicle in its class. This means that unlike most small crossovers, it's actually fun to drive. Feedback through the steering wheel is closer to car-like and it tracks nicely down the road. The suspension compliance is excellent with body lean being well controlled through the corners. The ride is firm, but not at all jittery – not an easy thing to accomplish in this kind of vehicle. Braking is also excellent with plenty of feedback to the driver and it's easy to modulate the brake pedal. 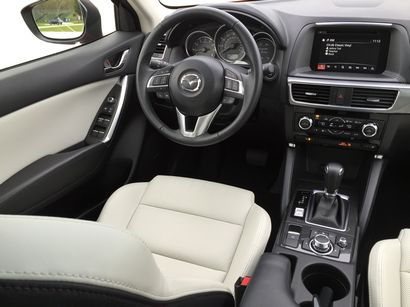 But even with the increased use of sound deadening materials, the level of noise in the cabin remains one of the few drawbacks of the CX-5. While it seems quieter a low speeds, some road and quite a bit of wind noise, road and tires finds its way into the cabin, making the CX-5s interior noisier than many vehicles in this class. 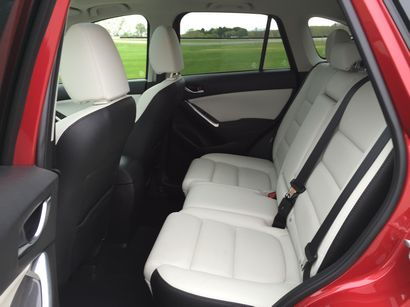 2016 Mazda CX-5 pricing has been released and is as follows: 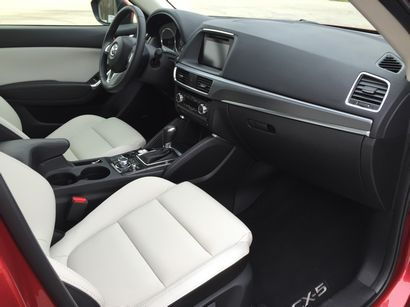 There's a lot to like about the CX-5. Unlike most small crossovers, it's actually fun behind the wheel with lots of zip from the engine and plenty of feedback through the steering wheel. It also has a ride that's both firm and well-controlled. On the flip side, the ride is still noisier than many small SUVs and may be too firm for some buyer's tastes.

With its latest refresh, the Mazda CX-5 receives even more refinements. Buyers looking for agile handling along with excellent fuel economy will find it a joy to own and should definitely put it at the top of their shopping lists. 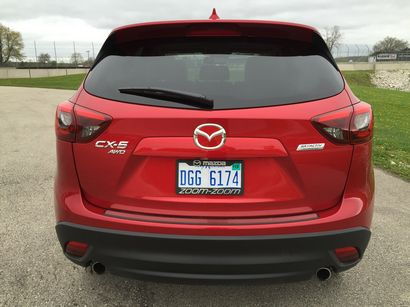