Mazda updates its slick compact crossover for the 2016 model year 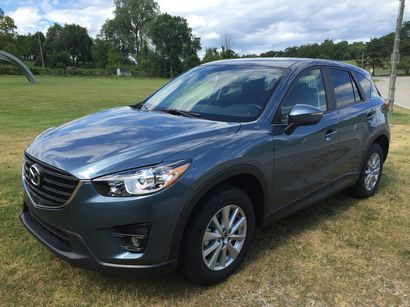 First introduced as a 2013 model, three years into its current model lifecycle Mazda has given the 2016 CX-5 compact crossover a minor facelift on the outside, while tweaking its interior with the brand's latest infotainment system. 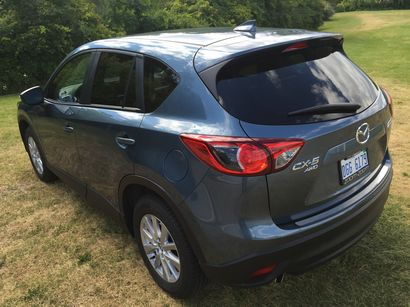 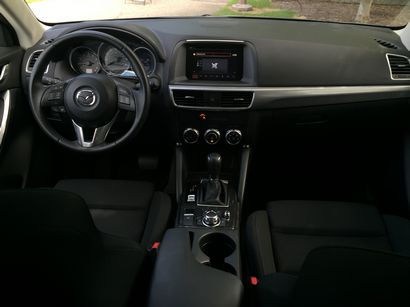 Inside, Mazda has enlarged the central dash touchscreen (from 5.8 to 7 inches), eliminated the buttons on either side and re-worked the screen surround with a soft touch material.

Center console changes include doubling the number of USB ports to two and moving them from inside the console to a panel in front of the transmission lever. The manual parking brake has been dropped and replaced by an electrical parking brake, while the Mazda Connect infotainment system has been added that features a panel with three buttons, a main control dial/push knob and a smaller volume/on/off radio knob next to it. 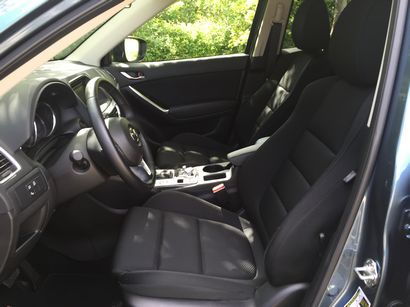 In addition, there's also a new "Sport" mode rocker switch that, when engaged, will increase vehicle acceleration response for any given position of the accelerator pedal. Aside from those changes, the interior remains nice if a bit Spartan. Most of the surfaces are soft-touch, while the dash, vents, steering wheel and center console are now all trimmed in rich-looking polished brushed-metal, while the size of the lower door storage bins has also been increased for more storage capacity.

The various gauges and knobs are clear and easy to read as well as intuitive. Once you get used to them, the new console-mounted infotainment controls are, for the most part, no harder to use than the previous version's dash buttons. 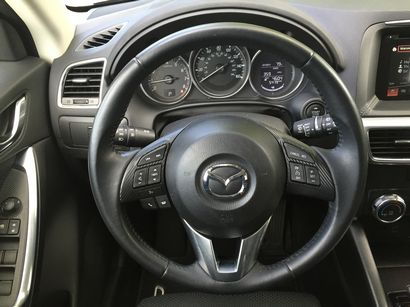 According to Mazda, the lower seat cushions have been extended (they still may be a bit narrow for some); although both front seats remain firm, supportive and nicely bolstered. Even with a sunroof there's plenty of head, hip, leg and shoulder for both occupants up front as well as three adults in back.

The steering wheel both tilts and telescopes and, on Touring models like this tester, feature a driver’s 6-way power seat and manual lumbar adjustment 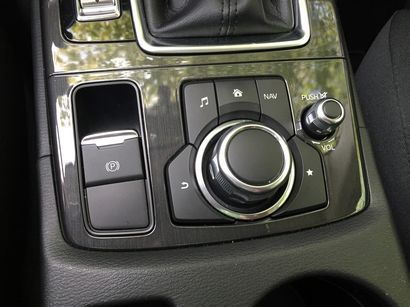 The driver’s view out the front and sides is excellent, although the A-pillars aren’t all that narrow. The view out the rear three-quarters is helped by a small window between the C- and D-pillars, although the D-pillar, itself, is fairly wide. The view out the back isn’t helped by the smallish rear window, but both Touring and Grand Touring models get standard blind spot monitoring as well as a rear view camera (it's part of the optional Rear Camera Package on all Sport models). 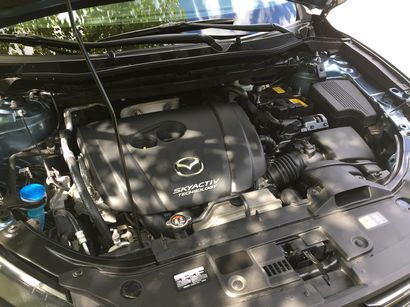 Fuel economy is another one of the high points of the CX-5 and it's certainly not something you’d expect in an SUV that’s this much fun to toss around. The EPA rates the CX-5 at 24/30/26 city/highway/combined mpg. Around town, we consistently saw 27 mpg, while highway fuel economy averaged 32 miles per gallon. 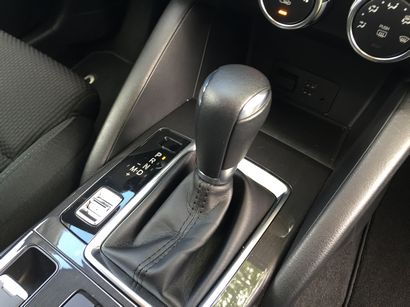 In our opinion the Mazda CX-5 remains the best-handling vehicle in its class. Unlike most small crossovers, it's actually fun to drive. Feedback through the steering wheel is very good – nearly car-like. It tracks nicely down the road and suspension compliance is excellent with body lean being well controlled through the corners. The ride is firm, but not at all jittery – not an easy thing to accomplish in a vehicle with this profile.

Braking is also uniformly excellent. There's a nice initial bite to the pads with plenty of feedback to the driver and it's easy to modulate the brake pedal. 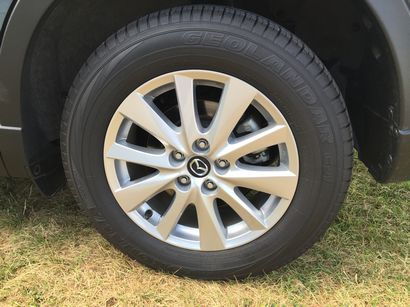 On the expressway, the CX-5 exhibits the same excellent handling characteristics as it does in around-town driving. It tracks straight down the highway and is unaffected by grooved pavement or crosswinds.

Although Mazda notes that, for 2016, additional sound insulation has been added to the CX-5's body, the level of noise in the cabin remains one of the few drawbacks of the this small crossover. Around town it isn’t bad – certainly no worse than many other compact SUV’s. But at highway speeds a moderate level of both wind and road noise can be heard in the cabin. It’s not enough to make conversation difficult, mind you, but it is louder than many vehicles in this class. 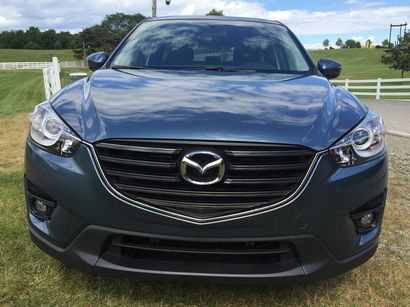 2016 Mazda CX-5 pricing starts out at just $22,675 for the manually-equipped FWD Sport trim that comes with such driver-oriented features as alloy wheels, push-button start and an intermittent rear window wiper. But the price can rise to nearly $36,000 for a fully-optioned and accessorized Grand Touring AWD model. 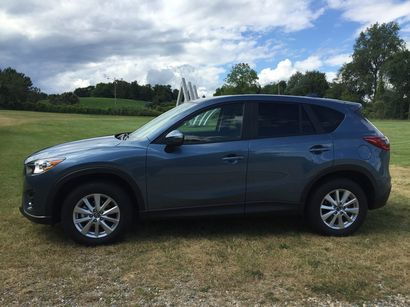 We remain impressed by the CX-5. Unlike most small crossovers, it’s actually fun to drive. It has more than adequate power, excellent brakes and there's plenty of feedback through the steering wheel. It also has a ride that’s both firm and well-controlled.

But all is not perfect as, on the flip side, it’s still noisier on the freeway than many vehicles in its class, the seats are on the firm side and even we have to admit that its responsive handling isn't for everybody.

Having said all that, the latest Mazda CX-5 remains our choice in the compact crossover segment. Buyers looking for a vehicle that offers agile handling coupled with excellent fuel economy will find it a joy to own and should put it at the top of their shopping lists. 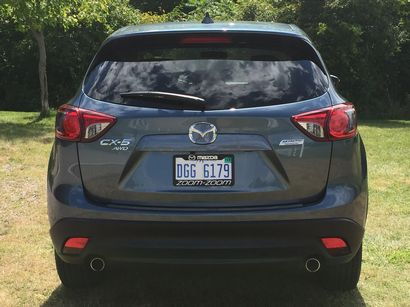