Fun to drive with the manual transmission

CVT does the engine no favors

Cargo area has been reduced 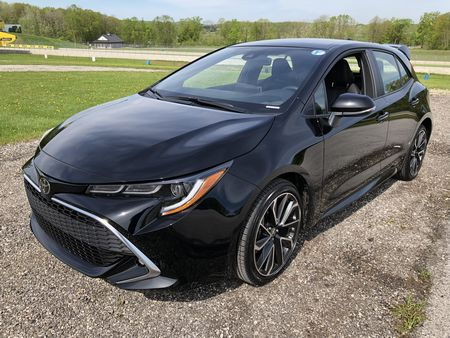 The Corolla-based hatchback model from Toyota is all-new for 2019. Based on the brand's TNGA architecture, it's lower, wider, and shorter than its predecessor, and now adopts the Corolla name – further weaning it away from its former iteration as the Scion iM. 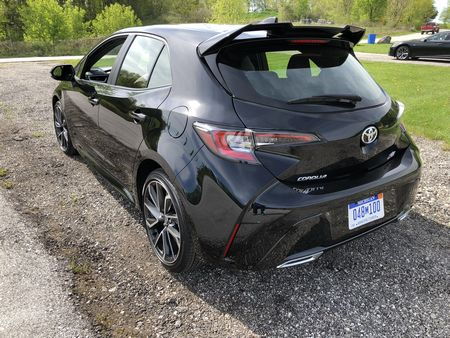 Although it features a fairly aggressive look, the latest Corolla-based hatch still manages to steer clear of Toyota's latest design language that, at times, seems to consist of "let's try throwing as many styling gimmicks as possible at the wall and see what sticks." Instead, both the front and rear fascias are clean, tight, and expressive. Compared with the outgoing model, more mesh is added for a bolder front grille, while narrower LED headlights give it more presence and a sharper look.

Toyota has even managed to make the body sides more interesting. An upper crease that begins just aft of the front wheel well continues just below the beltline and kicks up just in front of the C-pillar. Looking at the rear fascia, the tail lights are sharp but not overwrought, while the top trim XSE features a lower valance with cutouts that expose a pair of chrome exhaust tips. 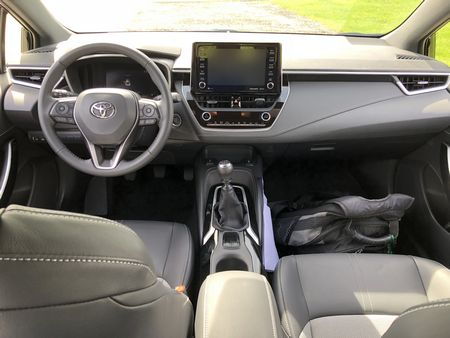 The all-new exterior contains a nicely-detailed cabin with an eight-inch touchscreen that dominates the center stack. The front seats offer a decent amount of support – despite only modest bolstering – and offer plenty of head, shoulder, hip, and leg room even for tall adults. The instrumentation is clear and easy to read, while the touchscreen-based infotainment system features redundant buttons and knobs for the major functions. The view out the front and sides is very good, although the large C-pillar and small rear window limit sightlines out the rear three-quarters and in back.

Speaking of nits, at eighteen cubic feet, the cargo area is down by two cubic feet from the previous model, while all that comfort for front seat occupants comes at the expense of those sitting in back – where the door cutouts are smaller than we'd like and the ability to stretch out your legs is entirely up to the generosity of those up front. 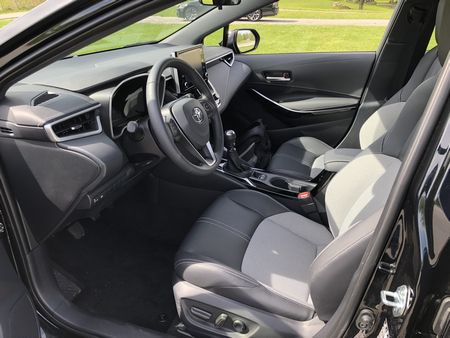 Even better news can be found in back where the hatchback carries on with the more sophisticated multi-link setup found on last year's iM. Fuel economy is also excellent, returning an EPA-estimated 28 miles per gallon in the city, 37 on the highway, and 31 combined for manually-equipped models, and an even better 30 miles per gallon city, 40 highway, and 34 combined on CVT versions. 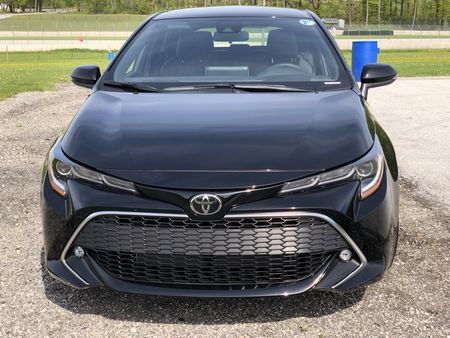 The performance of the new Corolla hatchback comes down to the characteristics of two vastly different transmissions. The 2-liter four-banger is at its best when mated to what Toyota calls the "intelligent" six-speed manual. Models so equipped feature a small button mounted on the center console in front of the shifter that, when engaged, allows the manual to be operated in intelligent mode - matching revs on downshifts, and applying small throttle blips during upshifts for smoother operation during aggressive driving. The clutch take up is fluid and progressive, and although the throws are a bit long for our tastes, shifter operation is also smooth.

Although we spent less time with the continuously variable automatic transmission (CVT), it does feature a fixed first gear for better off-line performance. At the same time, even with this setup, it still manages to reduce the entertainment factor by a wide margin, as the standard paddle shifters offer only a narrow window of control before the CVT's eco-programmed ECU kicks in to quickly quell any pretense of fun. 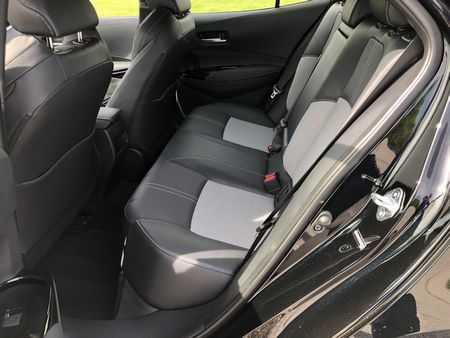 The 2.0-liter four-cylinder, for its part, appears more than willing to contribute to the festivities, although most of it takes place higher in the rev range – about 6,500 rpm – another indication that only manual buyers will be able to explore its true potential.

At the same time, the fully-independent suspension, offering plenty of wheel travel, absorbs road imperfections and large bumps well, while even the eighteen-inch tires found on the XSE trim– with less sidewall than the SE's sixteen-inchers – do a nice job of absorbing road harshness.

But although the steering is light, very little of what's happening under the tires makes its way to the driver, the engine needs to be wrung out for the most fun, while even at its sportiest, the hatchback - the most entertaining Corolla - still lags behind such class leaders as the Honda Civic and Mazda Mazda3. 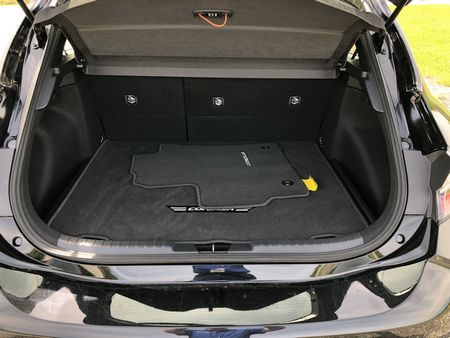 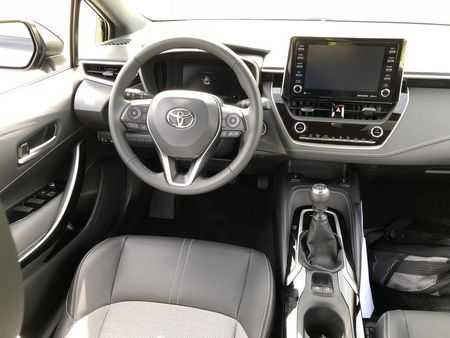 2019 Toyota Corolla Hatchback pricing, including a $920 destination charge, starts at $20,910 for the base SE trim with a 6-speed manual transmission and tops out at $27,420 for a CVT-equipped XSE in optional Blizzard Pearl with the Preferred Package with options. Both trims are available with either a standard six-speed manual or optional CVT automatic. 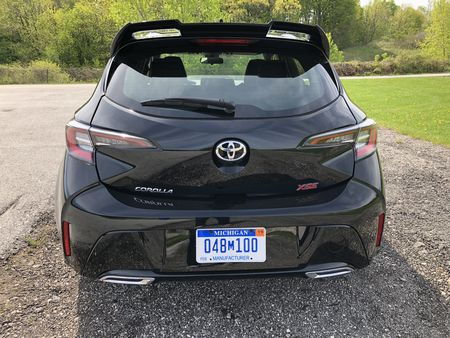 In our short time behind the wheel, we found that there's a lot to like about the newest Corolla Hatchback. Given its excellent fuel economy and long list of advanced safety features, the new Corolla Hatchback should appeal to safety conscious buyers, singles, and even small families. On the other hand, the cramped rear seat, smaller cargo area, and buzz-kill CVT are sure to be turnoffs for larger families and enthusiasts.

All in all, however, those tight rear quarters, diminished cargo area, and the CVT that does the engine no favors are more than offset by the 2018 Toyota Hatchback's standard safety features, excellent fuel economy, and improved ride and handling - making it a good choice in the compact class.